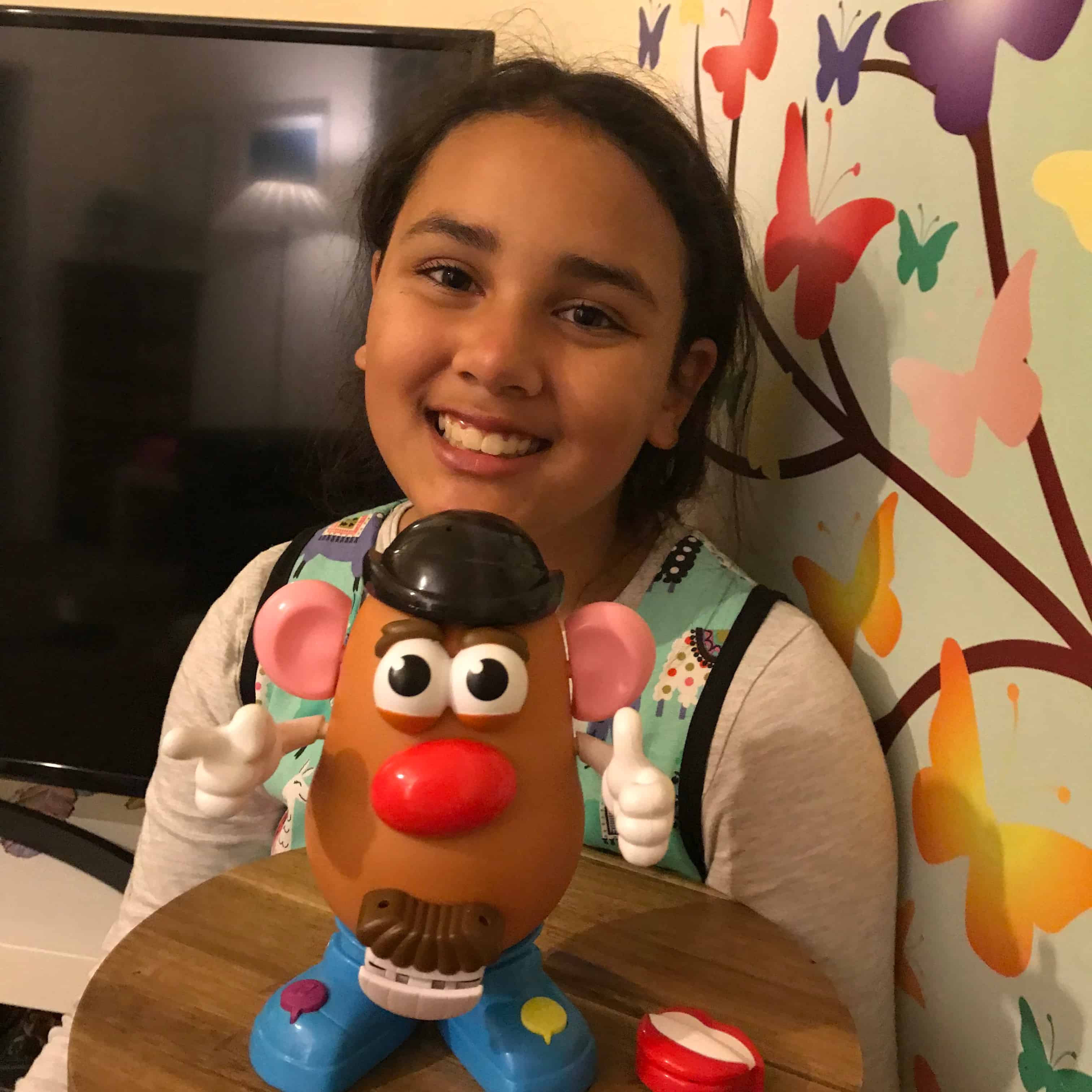 We are excited to share this Mr Potato Head Movin Lips Character which was gifted from Hasbro.

If you’re a fan of the Toy Story Movie or the Mr Potato Head toy then you’re in for a treat! Today we are sharing our review of this Mr Potato Head character, a new toy from Hasbro toys which is available at all major UK retailers. 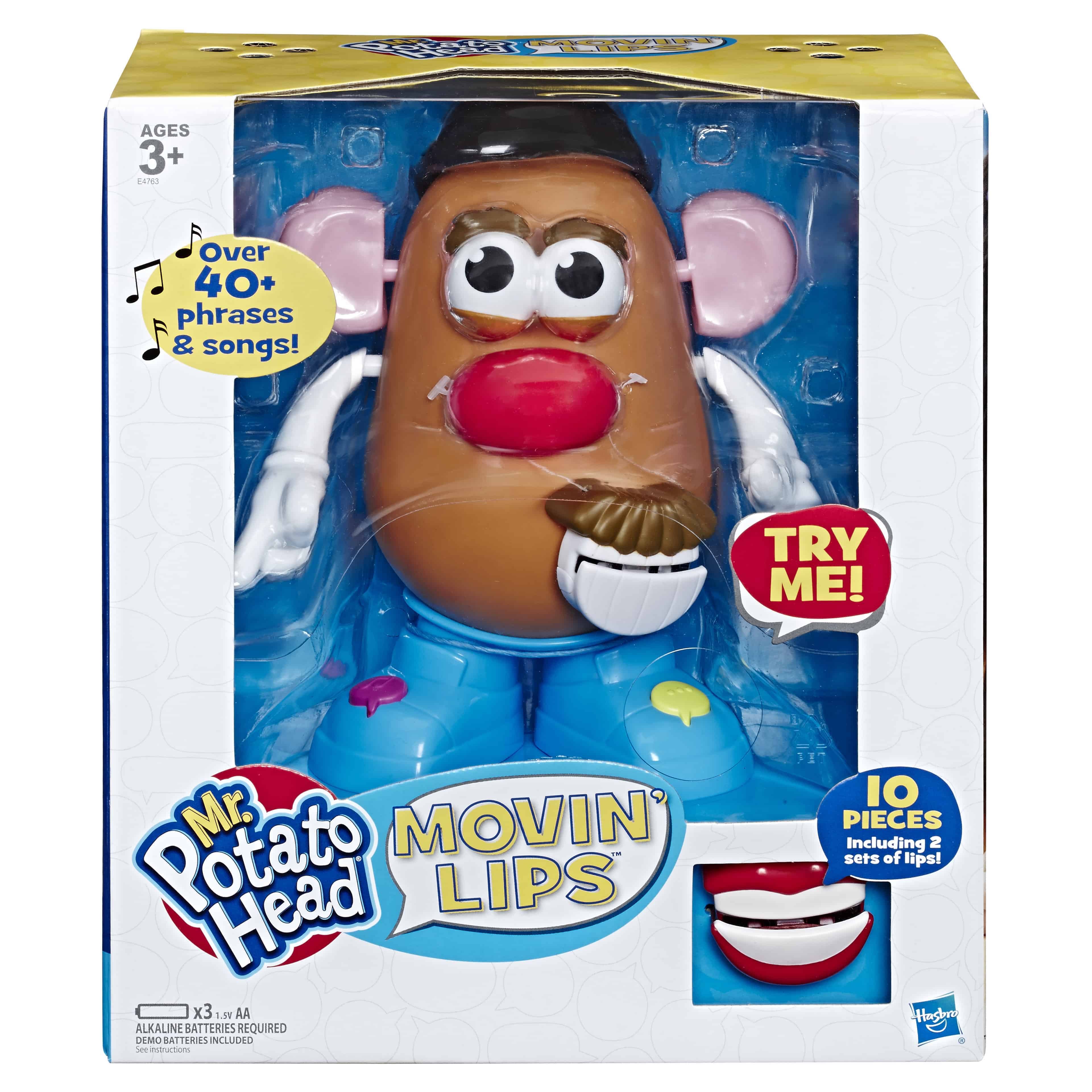 Mr Potato Head is a super fun character. Kids love him. He has plenty of pieces, eyes, ears, hats, a mouth, nose and much more. I got our first Mr Potato Head from a car boot sale when Sylvia was small and she loved him. We eventually added to our collection Mrs Potato Head and finally the Darth Vader Potato Head (which belongs to my husband). 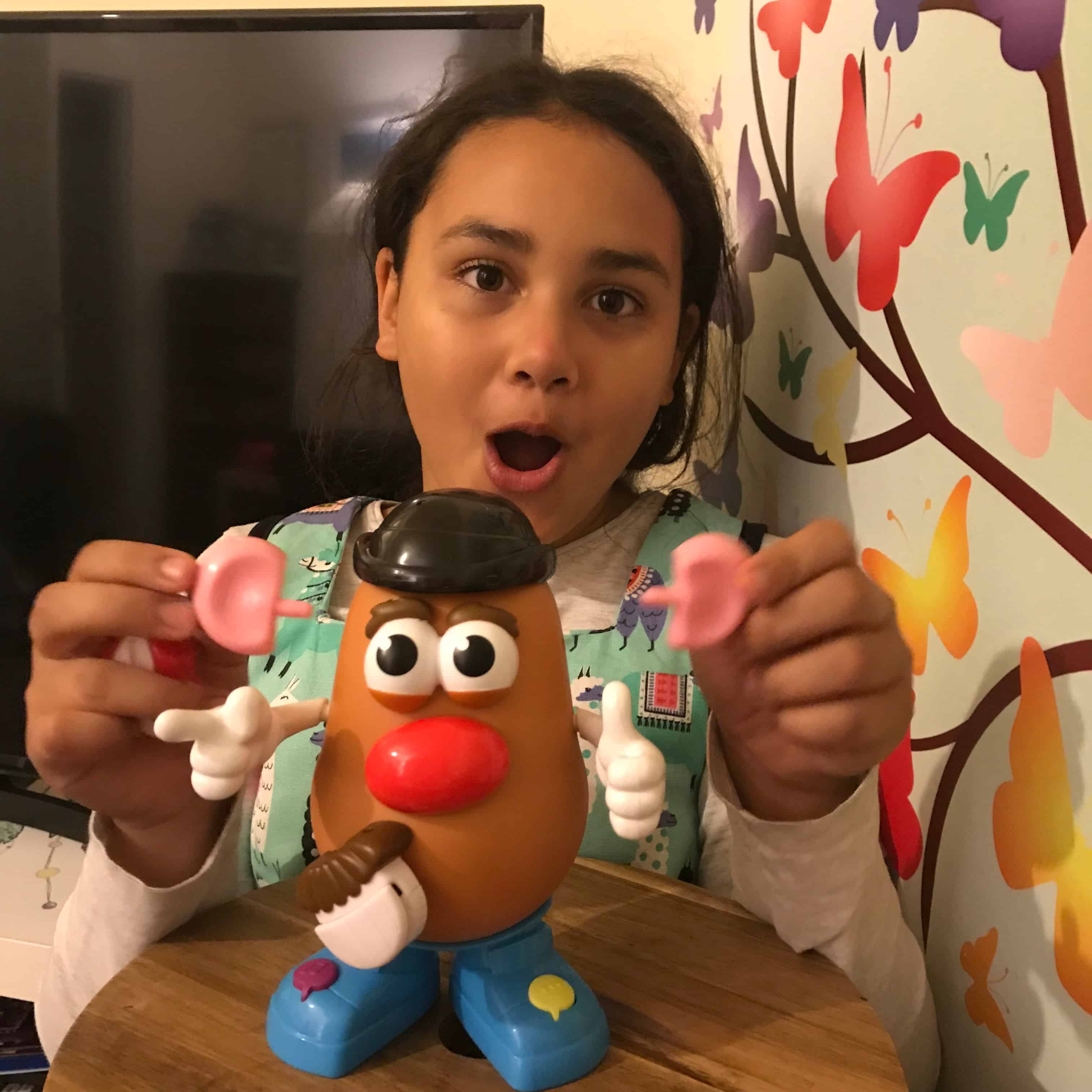 The New Mr Potato Head Movin Lips comes with 10 pieces. These include, The body, eyes, ears, a nose, hat, two arms, a pair of red lips and lips with a moustache.

The toy is battery powered and recommended for children aged 3 years and over due to the small parts included with this Mr Potato Head product. The product comes with 3x AA batteries included.

We think this Mr Potato Head interactive toy is a fun novelty toy. You can attach the lips or moustache mouth to Mr Potato Head using the magnet on the back on the mouth. 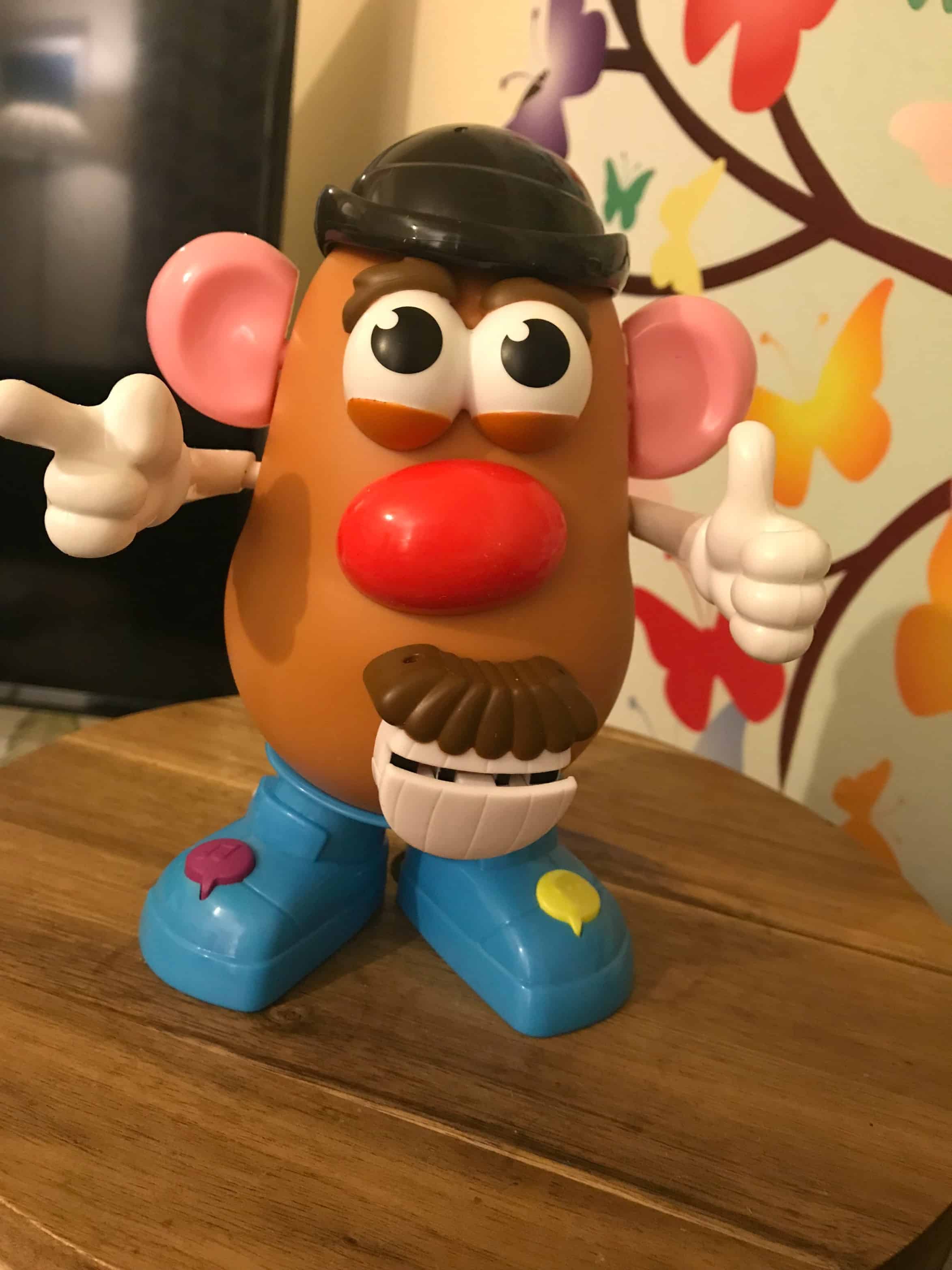 Mr Potato Head blue feet with buttons. There is one button on each foot and when you press these Mr Potato Head will speak and or sing. It’s really quite fun and this toy has over 40 plus phrases and songs to listen to.

I like this electronic interactive version of Mr Potato Head and feel this toy is entertaining for both kids as well as adults. 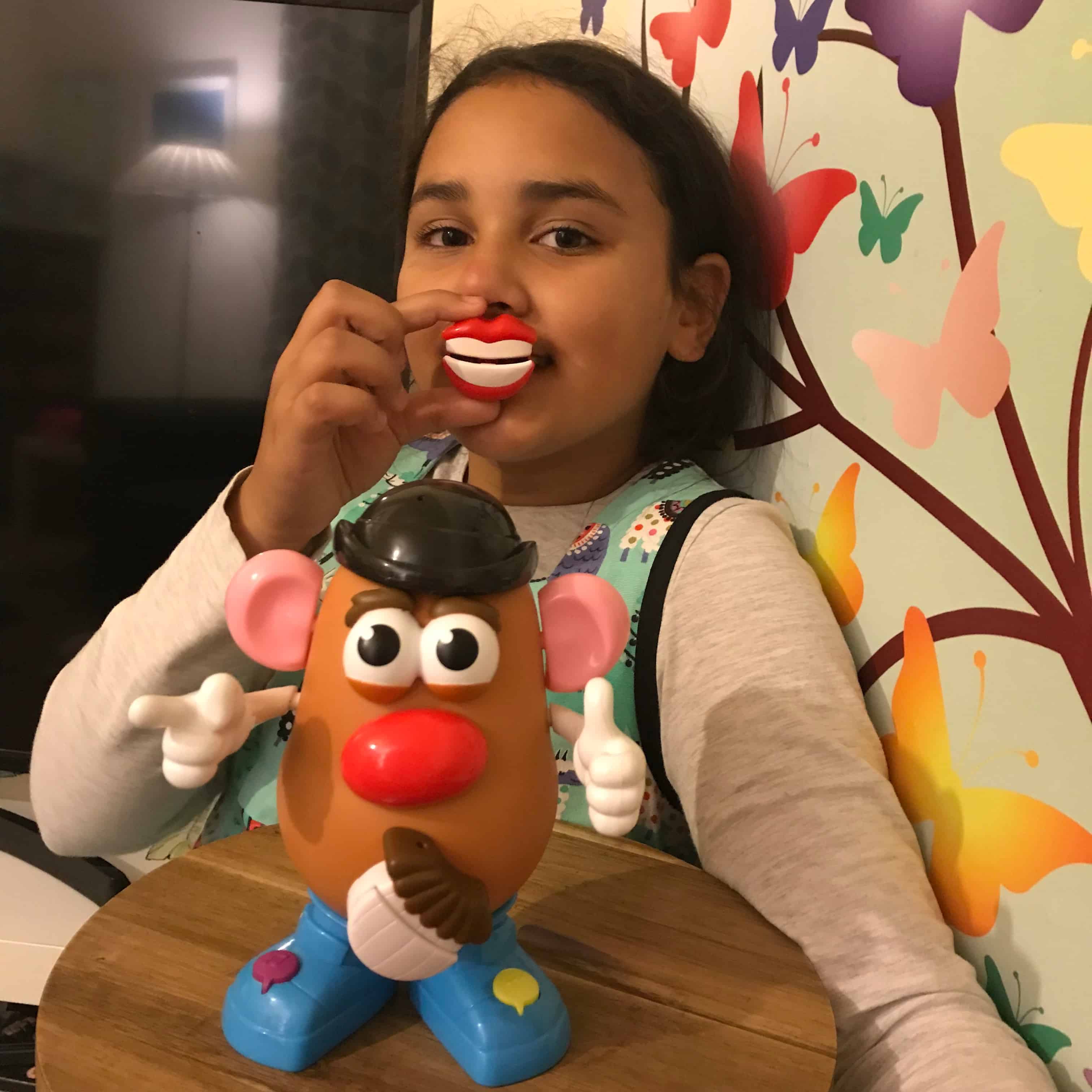 What Do We Think Of Mr Potato Head Movin Lips?

We love that this toy is interactive and musical. You can turn the batteries off by sliding a button on the base of Mr Potato Head’s foot and the lips synchronise well with whatever phrase or song Mr Potato Head is saying.

This is a fun toy and I like how easy it is to attach the mouths using the magnet on the back of the toy.

The Mr Potato Head product can mix and match with other parts from other Mr Potato Head characters which is a bonus if you want to give him a different hat or set of ears. 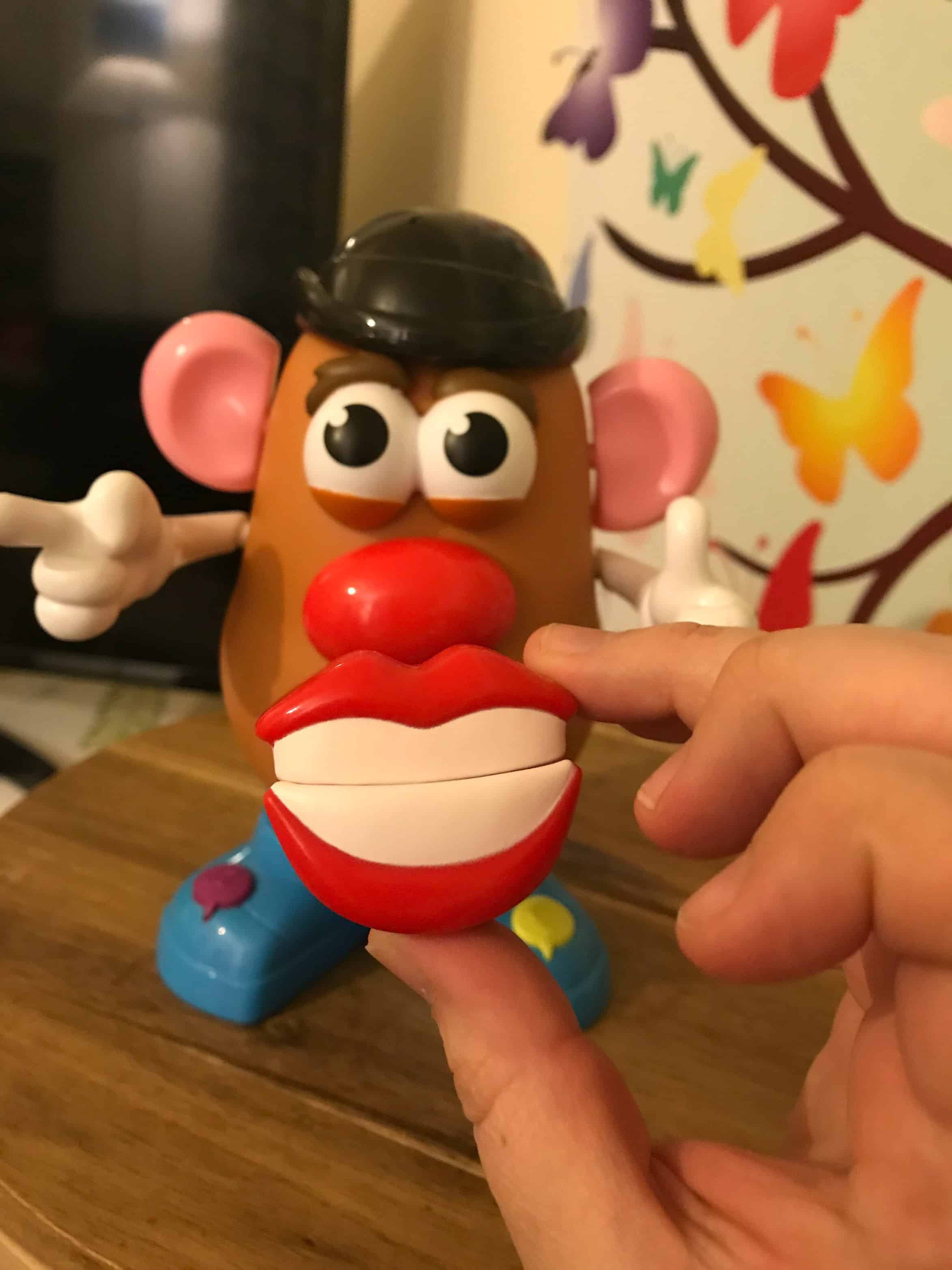 The Mr Potato Head Movin Lips toy is super fun and a retails for around £22.99. It’a a great Christmas gift idea for kids and one I’m sure my nephews and nieces would love.

*This product was gifted from Hasbro toys*

Finally Organizing All Of Your Home Crafts 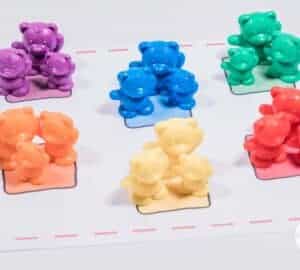 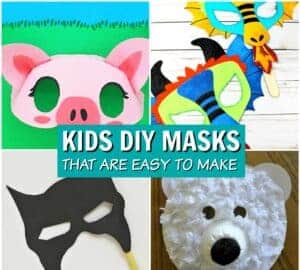