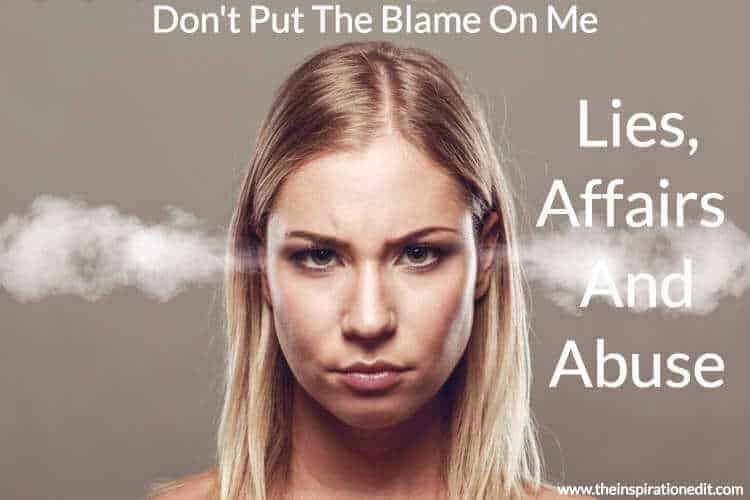 Don’t Put The Blame On Me, Affairs, Lies And Abuse

Today I wanted to speak about something which has been bothering me a little, well a lot actually. As some may or may not know, I left an abusive relationship when Sylvia was only a few months old. I raised my daughter as a single mother until she was 5 when John and I married and he has done a smashing job as Sylvia’s step father.

Well today I wan’t to talk a little about emotional abuse, power and control and the subject of blame. Back when I was in an abusive relationship, it did not matter what I did, I was to blame. Honestly an abusive person will often try to minimise their actions by placing blame on the innocent victim. I’ve written a whole book/ blog series on the topic of abuse so if your interested in learning more you can visit my Leave Abuse Today category. 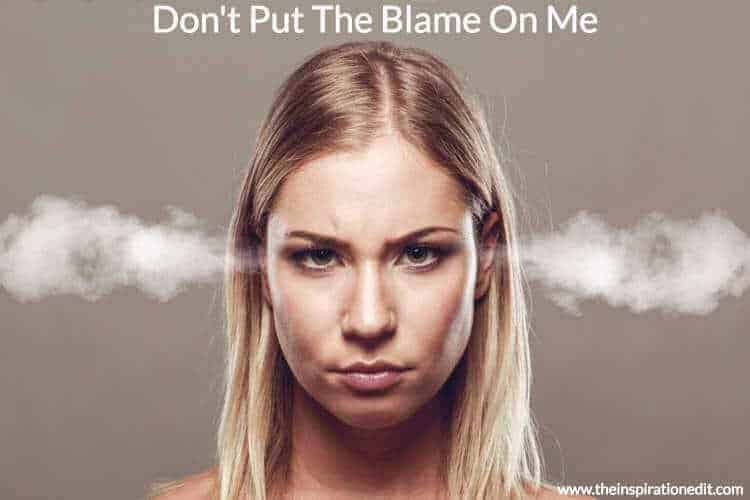 So… for me I was often blamed for my husband’s (now x husband’s behaviour). For example, cheating. When my then husband told me he had slept with another woman. He blamed me. He told me if I wasn’t so fat, he would not have needed to cheat. This was and is of course a load of crap.

If your in a loving marriage you don’t cheat end of.

If you are unfaithful, it’s down to the person who chooses to be. You are to blame for your own actions. My weight had nothing to do with the fact he wanted to have sex with another woman yet he tried to put the blame on me.

I WONT ACCEPT THE BLAME!

Another way in which I was blamed during my previous marriage was when my Mother In Law could not get her way. She would ask for money, lots of it and expect me to put her needs before those of me and my child. I wasn’t going to not buy nappies, to pay for this woman to have her hair cut. I was not going to give my cash for baby formula to a woman who wanted to buy crab sticks and fancy food from the store. I said no.

However when I said no and refused to give my money to my x mother in law I was met with abuse. I was the devils whore. I was an evil wife who was not a virgin when I married my husband. This made me wicked! If I did not do what I was told when it came to money, I was a bad person and not worth loving. My x husband often agreed with his mother.  When she sulked in the shopping centre or threatened to go lie in the road if I did not do as she pleased, it was all my fault!

Or so I was told.

The truth is this woman was trying to manipulate me and yes, I was again to Blame.

I WONT ACCEPT THE BLAME!

Now I had put this to rest and have overcome this blaming and manipulation. It’s been almost 9 years now and I came through the other side but yesterday these emotions and memories were triggered and it made me mad. My x husband contacted me saying I had ruined his life. Yes once again he was blaming me. The thing is, although he does not talk to my daughter, nor support her financially in any way whatsoever he does have email access.

So what happened? How did I supposedly ruin his life this week? Well after my marriage failed and I moved to the UK, my x husband met another woman. He got engaged, moved in together and had a child. The only thing is he forgot to tell this woman he had been married before. He did not tell her he had a daughter nor did he tell her that we had taken a protection order out to keep him away.

So when the truth was discovered, it was my fault. It was all my fault. I should have kept my mouth shut. When I was contacted and asked about the past relationship, I supposedly should have denied it or lied or not said anything but I told the truth. I said the marriage failed. I said yes he was her father and yes he had never paid a penny of child support and yes I said we had a protection order in place. I wasn’t about to lie.

I’m not sure what went on but my X ended up single again. He had chosen to not tell the truth and it ultimately lead to the failure of his second relationship. Was that my fault? No!

Yet yesterday when a third relationship failed (due to abuse) I am contacted and blamed. Yes I live in the UK and am living my life hear. I am happy with John and Sylvia, yet someone on the other side of the world tries to blame me for their failed relationships. It’s apparently all my fault because I share a child with this man?

I really don’t give a dam. I suffered, I grew, I learnt and I now understand and can recognise abuse a mile away.

I don’t care what he says, I am not to blame.

I’ll be honest and if I’m asked I’ll tell the truth. I won’t ever try to interfere. That is not something I’m interested in, however I am not going to sit back and be blamed for someone else’s actions.

People need to accept responsibility for their own actions, yet for an abusive person that is something they are unlikely to do.

I don’t need my x husband to change his thought patterns or behaviours, although that would be good for him. I really don’t care how he chooses to live his life. However I won’t allow his unhealthy thinking to affect me! I won’t be contacted and blamed for rubbish 9 years on. I don’t need this in my life and so I blocked the messages.

You can’t force someone to be kind, to stop being abusive but you can refuse to accept the blame when the blame for emotional abuse is placed on your doorstep.

Walk away and say…

I AM NOT TO BLAME

I Am A 2017 BritMums BIBS Finalist 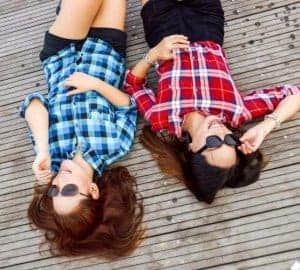 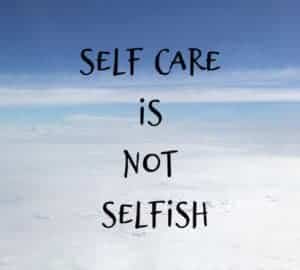