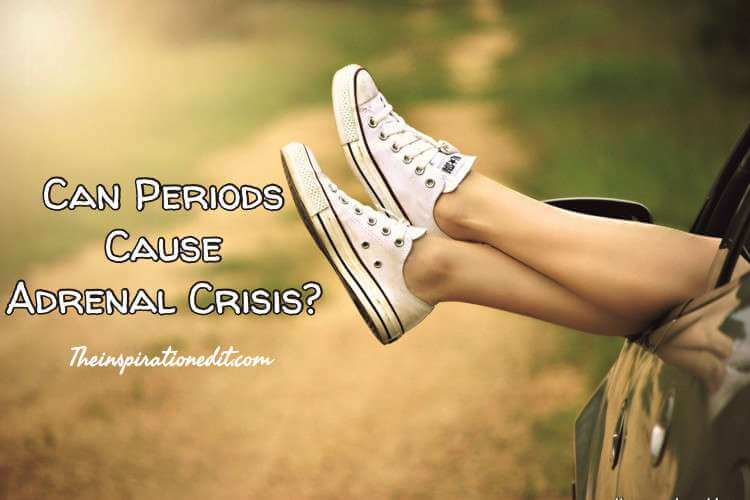 Can Women’s Periods Cause Adrenal Crisis

When I was first diagnosed with Adrenal Insufficiency I knew nothing of “Stress dose rules”. I was told my body no longer made cortisol on it’s own and that I now have to replace this hormone 3 times daily to keep me from having adrenal crisis which if left untreated can lead to death.

It was not until my third admission into hospItal with Adrenal crisis that I was told about stress dosing. Under certain situations, when the body is under added stress, I need to stress dose which generally means to double up on my hydrocortisone to cover the extra cortisol my body is using up under extra stress.

I was finally handed a leaflet which said I needed an emergency injection in case I began to vomit or have symptoms leading to an Adrenal Crisis. I also read that I needed to double my dose during times of fever, whenever I had an infection, a temperature or broken bone. Also double up for severe pain or shock- such as a death or incredibly stressful situation.

The one page leaflet also said to take an extra 10mg of medication when having dental work done and to use top ups when exercising.

As I soon discovered over the following months, this was simply a text book leaflet and my body would require different treatment. I began to research and found that in several hospitals and locations, patients were advised to triple dose during added stress. I also read that some women need to double dose for periods.

I didn’t get it. One doctor would say one thing, another hospital another. I finally learned one truth and that is…when your body is under extra stress and you use up more cortisol than you put in…you will eventually go into adrenal crisis.

Despite all the recommendations and different opinions, I learnt that each individual with Adrenal Insufficiency requires a different daily dose and clears their medication at different rates, therefore the best thing for me to do is to learn what my body needs.

I soon discovered that I would become very unwell, dizzy, sick and nauseous whenever I was unknowingly coming down with a cold. My body would get so weak, I’d need to stay in bed and eventually the cold would present.

My Endo Nurse told me “you don’t need extra cortisol for a cold”. However for me, a cold effects my asthma and puts me under extra stress and when I did not double up- I ended up in Hospital with …… what do you know…an adrenal crisis.

The hospital on-call endo advised me in this situation you clearly need to double up….and so while the team who monitor me did not agree, the reality is I do need to double dose for a simple cold/chest problem. (This is what I need for my body).

The second issue I have whenever I am ill and need a double dose comes with the “text book” opinion that one does not need to take Cortisol medication at night.

Usually the body does not use up a lot of meds in the evening. I read on a leaflet given to me that if I was staying up late or going out somewhere, (this hardly ever happens- because i’m most often unwell) then to take an extra 2.5mg to cope.

The major issue I have however is the belief of my Endocrinologist that you do not need steroids at night. However and this is a big however… an illness is not going to go away at night time.

If i have an infection in the day, it will still be there at night and so it would make sense to take an appropriate stress dose at night to cover this.

I regularly every 3-4 weeks get infections on my skin. The hospital say this is due to weak skin and immune system from the life-saving steroids I take. I do my best to prevent infections on the skin but they come back all too often.

The third issue I have which is massive for me is the issue of women’s periods.

I was told that in no uncertain terms, periods do not require stress dosing. For me this is far from the truth.

The first two adrenal crisis I had after diagnosis were due to having a period. They were a month apart and there was no other cause for me collapsing.

After the second collapse the Endo at the hospital told me “clearly you need to double up during your period. Double up for the first three days of your period and see if it makes a difference.

The next period I got, I still had an Adrenal Crisis and yes I had doubled up for three days. The Endo said, maybe you should triple dose, yet she did not feel I needed meds during the night.

And so for the pst 2 1/2 years I’ve been admitted into Hospital for Adrenal episodes every single time I’ve had a period. Since I was young my periods have always been incredibly painful and for me the combination of periods and Adrenal Insufficiency lead to hospital admissions for AI.

My Adrenal crisis have always been at night or early in the morning, once the cortisol has cleared my system because my body cannot function with a period and no extra cortisol. It’s still something I’m having to work out.

Then came the big problem. I had a period for 8 weeks and I was bed bound again for most of that time. I could barely walk.

The Endo’s tested me to check my cortisol levels were right but they did this once the period was finished and the nurse wrongly said, you must just be anxious and having a panic attack or something.

She is so wrong. I had panic attacks during the months after I left an abusive relationship 7 years ago and I know the difference between panic attack and adrenal crisis. The hospital team who see me in the A and E agree its a crisis, my BP drops, I have all the symptoms, muscles go weak and my potassium and salts sometimes go out of wack. I cant make that happen through panic and when I panicked in the past it never affected my ability to stand or walk.

Anyway, a few weeks ago I saw a hospital gynaecologist as I’ve been having tests done after my GynaeHealthUK smear came back positive. (Something I’ve not blogged about until now as I’m still awaiting results for this.) I was booked in for a biopsy and attended the hospital this week. The Doctor performed the biopsy and afterwards I began to have serious pains, they were like contractions just like a period pain but worse… it felt like I was going to give birth and I was crying is agony.

Within minutes I began to go into an Adrenal Crisis. I was rushed around to the A & E Department at the other side of the hospital and took lots of my own hydrocortisone tablets.

I was left on a bed in a cubicle for several hours. Once the pains stopped, within an hour and my cortisol levels had been replenished the crisis was stopped and I was eventually able to come home and rest which I have been doing for several days.

This just goes to show that severe period pain does cause me to head towards an adrenal crisis.

So why am I sharing this? Because I know that stress dosing for me does not match what is in the text book. Hey, I had dental treatment on 10mg and collapsed. I had 20mg and collapsed and I had 30mg and was okay.

Period pain and periods do affect my Cortisol levels and that for me as someone with Adrenal Insufficiency can result in hypo adrenal symptoms and adrenal crisis.

Working out what you need as a patient is not always going to be exactly what is in the text book. There is so little research on the illness and much more for doctors to learn. Hopefully my experiences can help other Endo’s to see it’s a real issue for some women with AI.

P.S Some might say the solution is to take contraception to stop periods. However, some women with Adrenal Insufficiency, such as those in relationships may actually want a period so they can become pregnant or have a child. I’m not saying this is my situation, just saying- removing periods is not always the correct answer, the answer is finding the correct dose of cortisol to cope with periods and that is individual to each women and takes time. 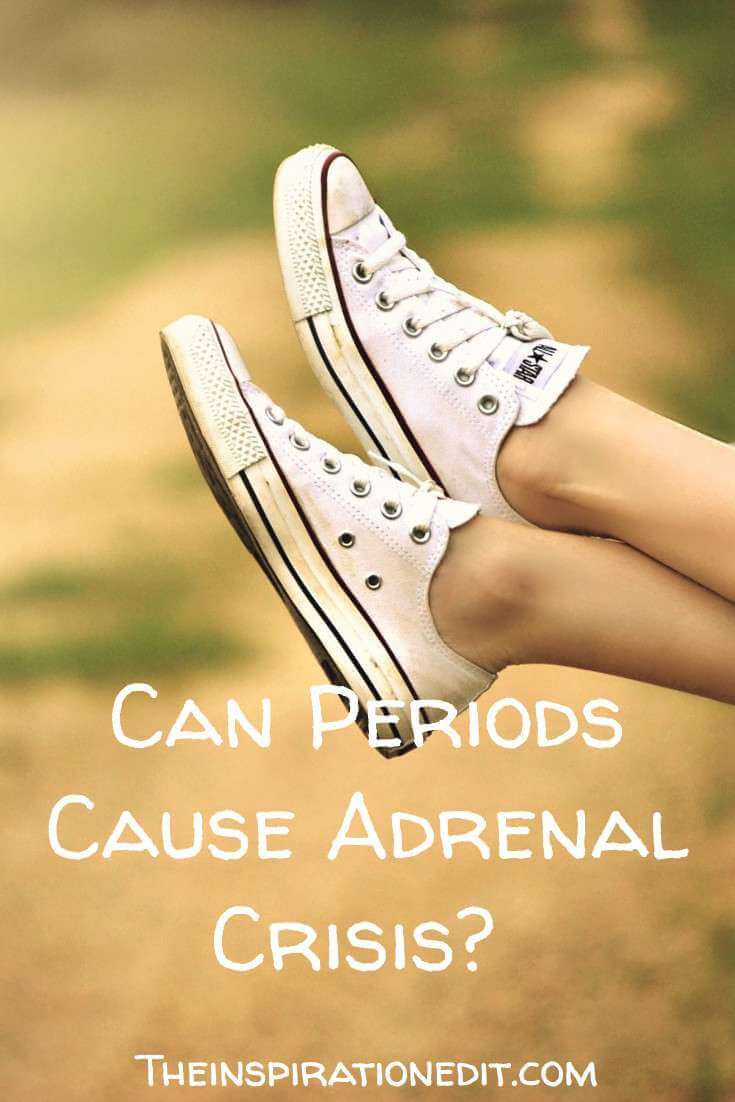 A Christmas Jumper for Yoda the Bichon Frise 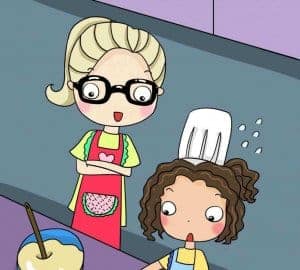