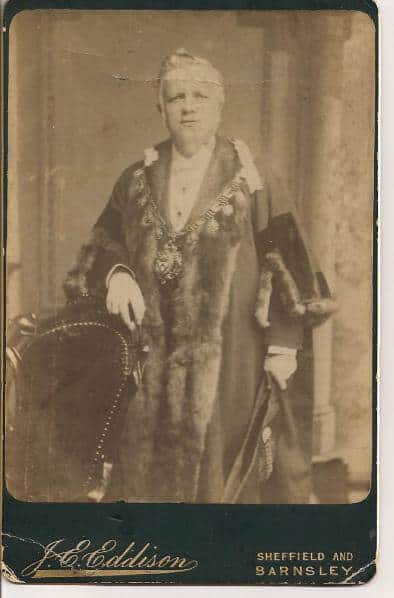 Eugene Wood – Mayor of Barnsley was my great great great Grandfather. He was born on 16th June 1835 in Baccarat, Meuthe et Moselle, France.

In 1848  when Eugene was only 12 years old mother Catherine Michel passed away. He then travelled to England to live with his uncle John Wood.

In 1854 William Baker Wood returned from the Baccarat glassworks in France to join his brothers in acquiring the Barnsley glassworks, subsequently known as Wood. Brothers glassworks.

By 1861,  John, Sarah and their nephew Eugene had moved to 1 Britannia street in Barnsley. Eugene’s younger brother Alphonse was also living with the family and Eugene and Alphonse were working with their father and uncles as glass manufacturers.

Sarah Minnie Wood was followed by another daughter Catherine Annie Wood who died in Infancy in 1870.

In 1871, at the age of 35, Eugene Wood was living in his own home, 149 the. Glassworks in Worsborough Bridge. By this time he was doing quite well for himself and had a 14 year old domestic servant named  Mary Bywater keeping his home.

The following photo is of Eugene in the 1870’s

Eugene’s wife and daughter Sarah are not listed in his household at the time of the 1871 Barnsley census as they were visiting Elizabeth’s parents Henry Bell and Hannah Hinchcliffe.

In 1872 Gertrude Wood was born followed by Eugene’s first son William Wood who died as an infant in 1875. The following year 1876 was also a sad year when Eugene’s father William Baker Wood passed away.

In 1881 aged 46, Eugene Wood and Elizabeth Bell were living with their daughters Gertrude, Florence Juliette and Jessica Eugenie Wood. They were living at 1 Britannia street, the property same property that had been headed by Eugene’s uncle John Wood in 1861 when Eugene was 25.

Two years later in 1883 Eugene and Elizabeth’s seventh child and second son was born. The child was named Bernard and died after as an infant in April 1883.

According to. Newspaper articles, Eugene Wood became the Mayor of Barnsley from 1890 to 1891.

By 1891 Eugene and Elizabeth had moved to 201 Sheffield Road and were still living with all four daughters along with two domestic servants Edith Taylor and Olive Price. The census records states that Eugene was a Glass manufacturer employing 130 men and boys.

The following year aged 57, on the 16th June 1892 Eugene Wood passed away in Barnsley,  Yorkshire England leaving behind his wife Elizabeth and his four surviving daughters.

At the time of his passing, Eugene had become substantially well off leaving £16368

to his wife Elizabeth.

It is also a well known family story that, Eugene had a waistcoat with four diamond buttons which he had made into four rings, one for each of his daughters. The ring given to Florence Juliette Wood was passed down through the family to my mother Sharon Bottoms who still has the ring today.

The fourth surviving daughter Florence Juliette Wood (my great great grandmother) married William Reginald Senior and had one child Sarah Elizabeth Senior. Florence lived to 100 years of age and had her photograph taken for the local Barnsley Newspaper in 1977. She is pictured in the Wheelchair with her decendents.

Can you spot my mother Sharon Bottoms?

A Family That Prays Together 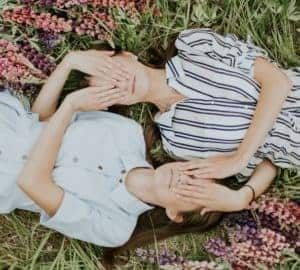 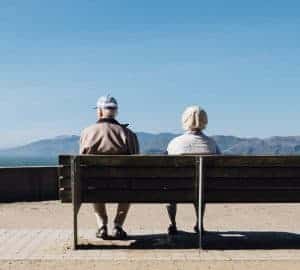 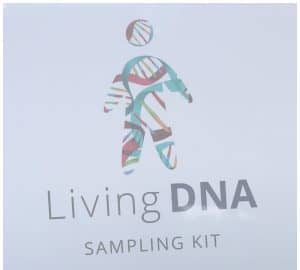