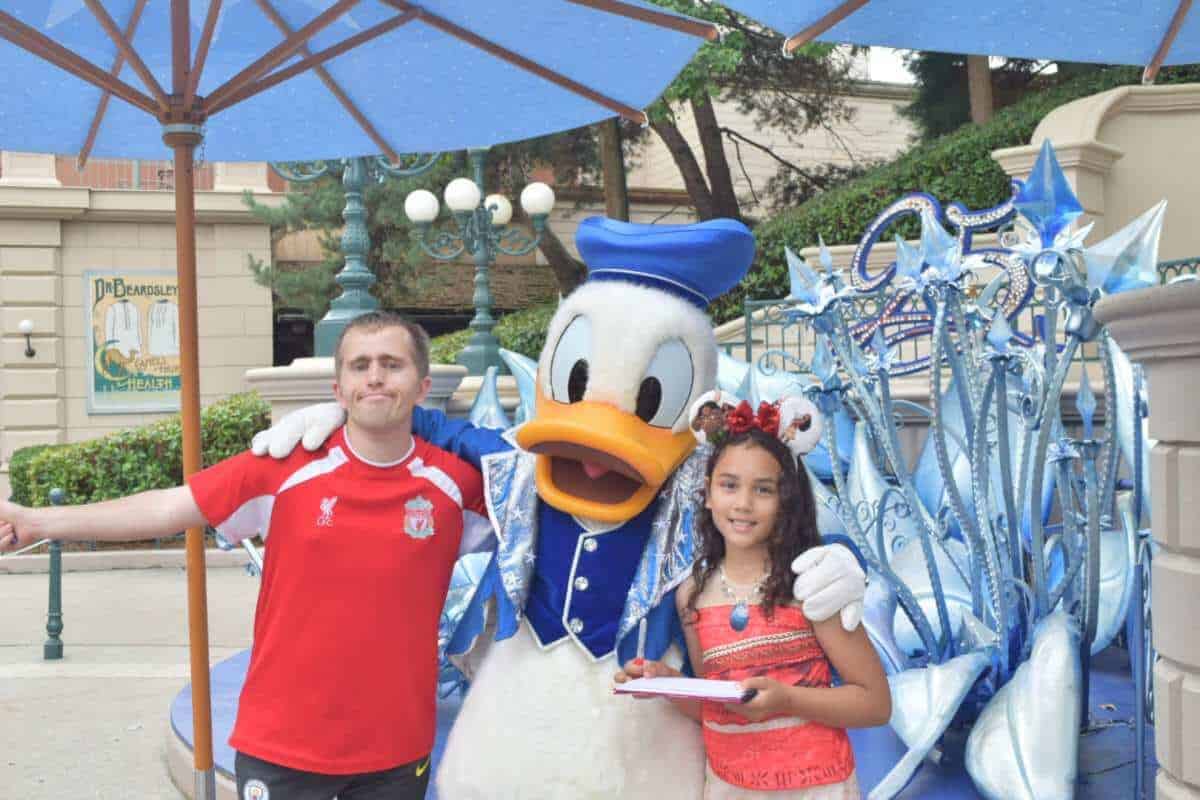 We have been at Disneyland Paris for two days now and yesterday my brother met Donald Duck for the first time. James is 24 and has a genetic chromosome deletion meaning he has Global Developmental Delay, it’s very similar to Downs Syndrome. James loves Donald Duck and has been so excited to meet him. 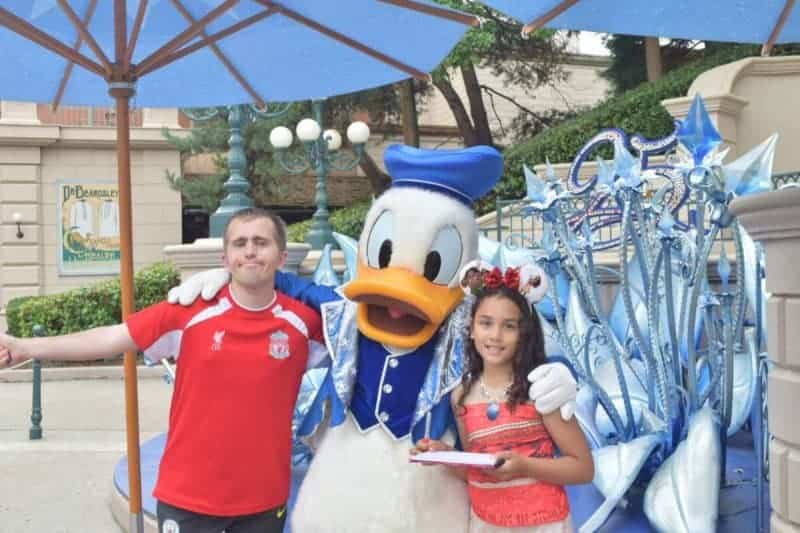 Meeting and Greeting characters at Disneyland can take some planning and some queueing. Due to my brother’s special needs, he was able to get a green card while at Disneyland which allows him to make appointments to meet Disney Characters without standing and waiting for a long time. 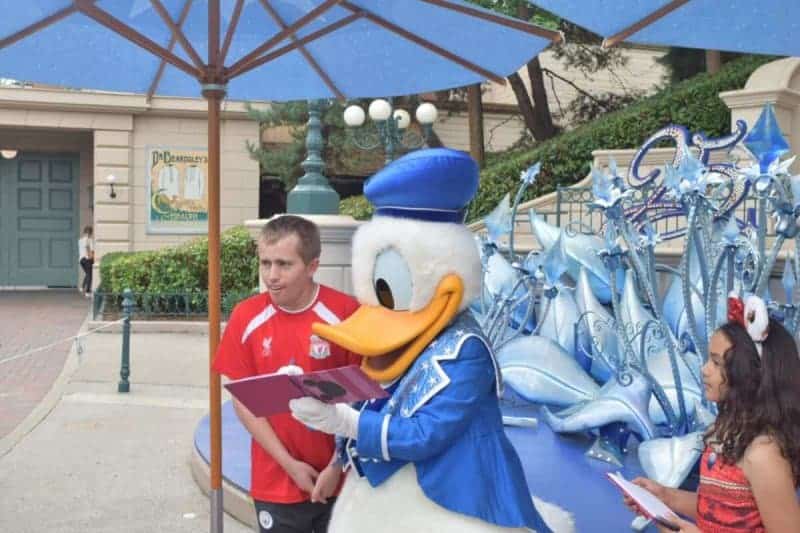 This was really great because it can be really hard for a child or an adult who thinks as a child due to cognitive disabilities to wait in queues for long periods of time. 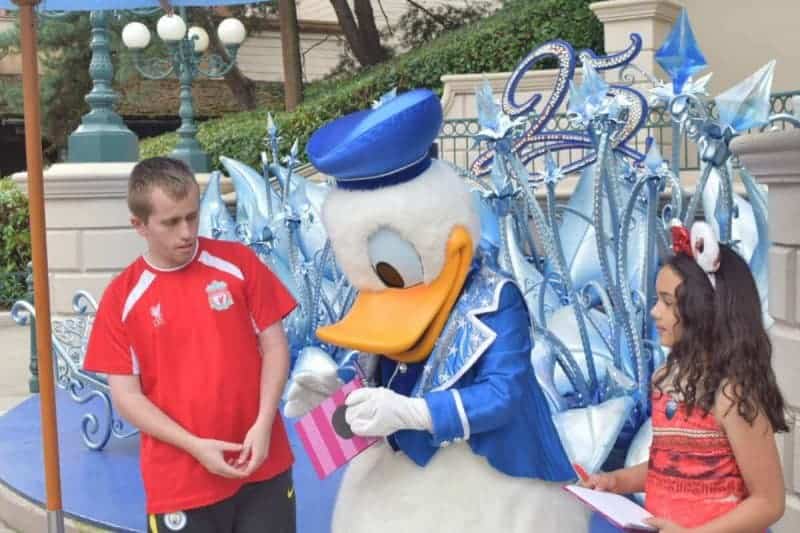 So James made an appointment to meet Donald Duck and he was so excited. Both he and Sylvia my daughter were able to use the green pass and they both had their books signed as well as having cuddles and photo moments. 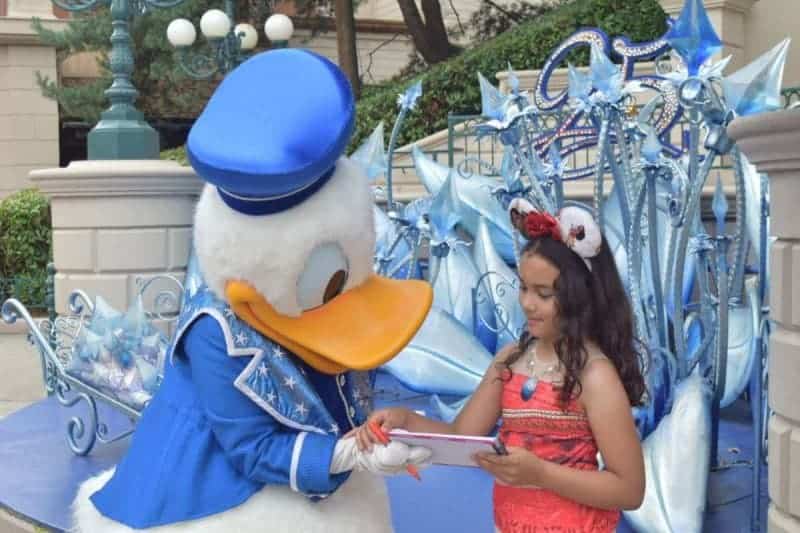 James was so excited. Yesterday he met Donald Duck and Mickey Mouse and it’s all he could talk about. To be honest I didn’t know what to expect bringing my brother to Disneyland. I soon found out. He is not interested in going on any rides but enjoys the shows and parades and seeing the characters. 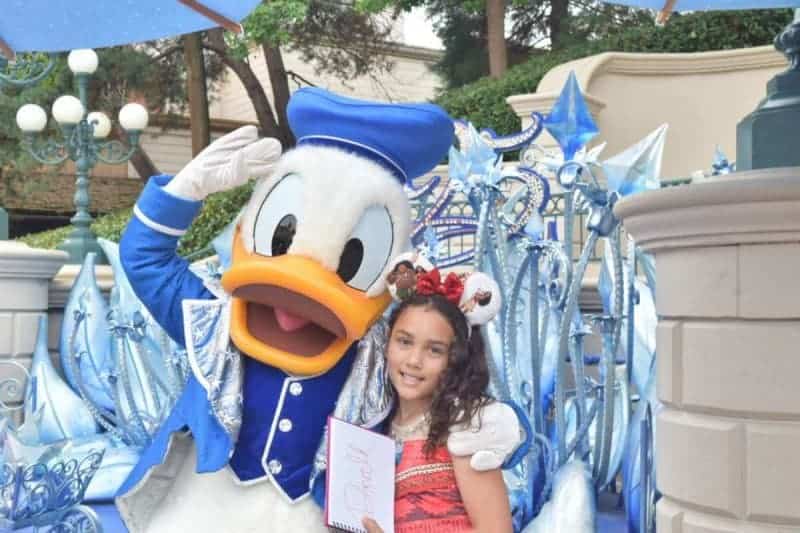 Sylvia on the other hand likes to meet characters and dress up and is really interested in the rides. We have therefore been taking in turns to do activities that interest both James and Sylvia. Sylvia wore her new Moana costume from Party Delights and she looked fabulous.

James was so so happy to meet Donald Duck. Donald looked great. He was wearing an awesome costume and It was great to see my brother having such a lovely time. Sylvia enjoyed it too and it’s certainly a meet and greet I would recommend. 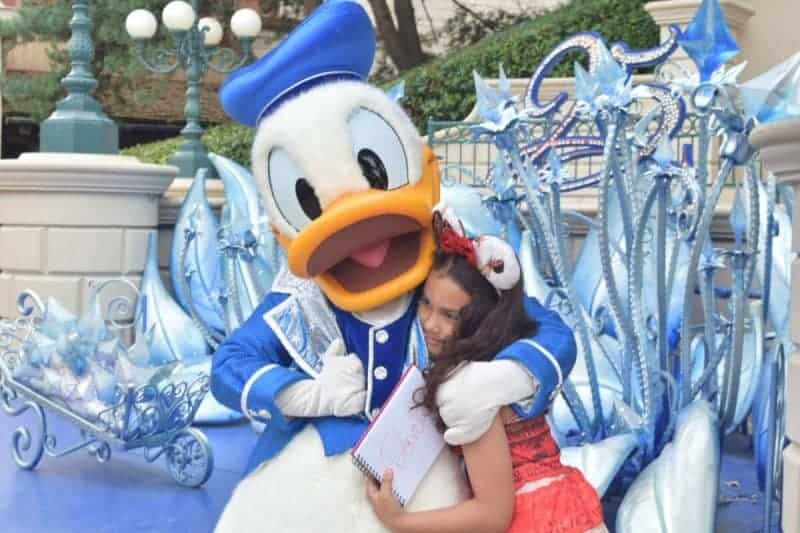 I think meeting characters such as Donald and Mickey and the gang is really special and it really adds to the magic of Disneyland. It sure has been great for my brother and Sylvia so far. I wonder who we will meet tomorrow?

*The Moana Costume was gifted from Party Delights for the purpose of this blog post. 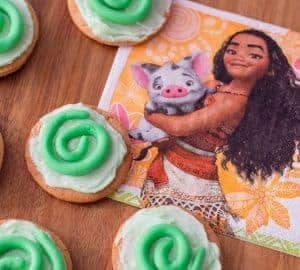 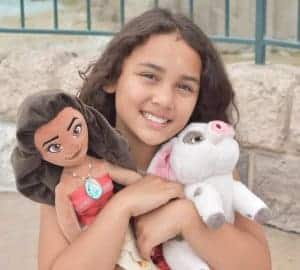