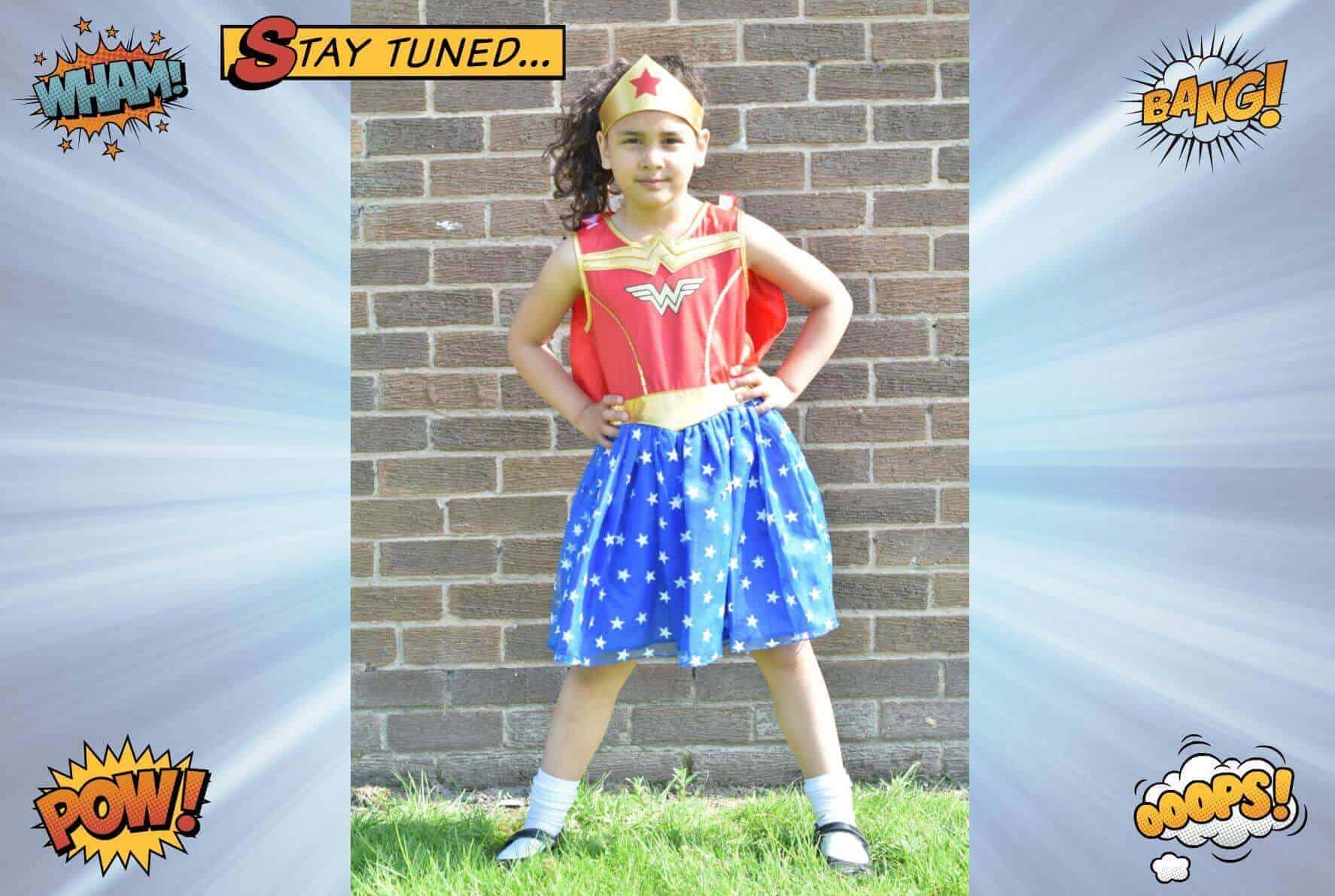 Wonder Woman in her Costume

Today Sylvia’s costume arrived just in time for her Super Hero Themed Party tomorrow. She could not wait and she had to try it on and went out to play with her friends. 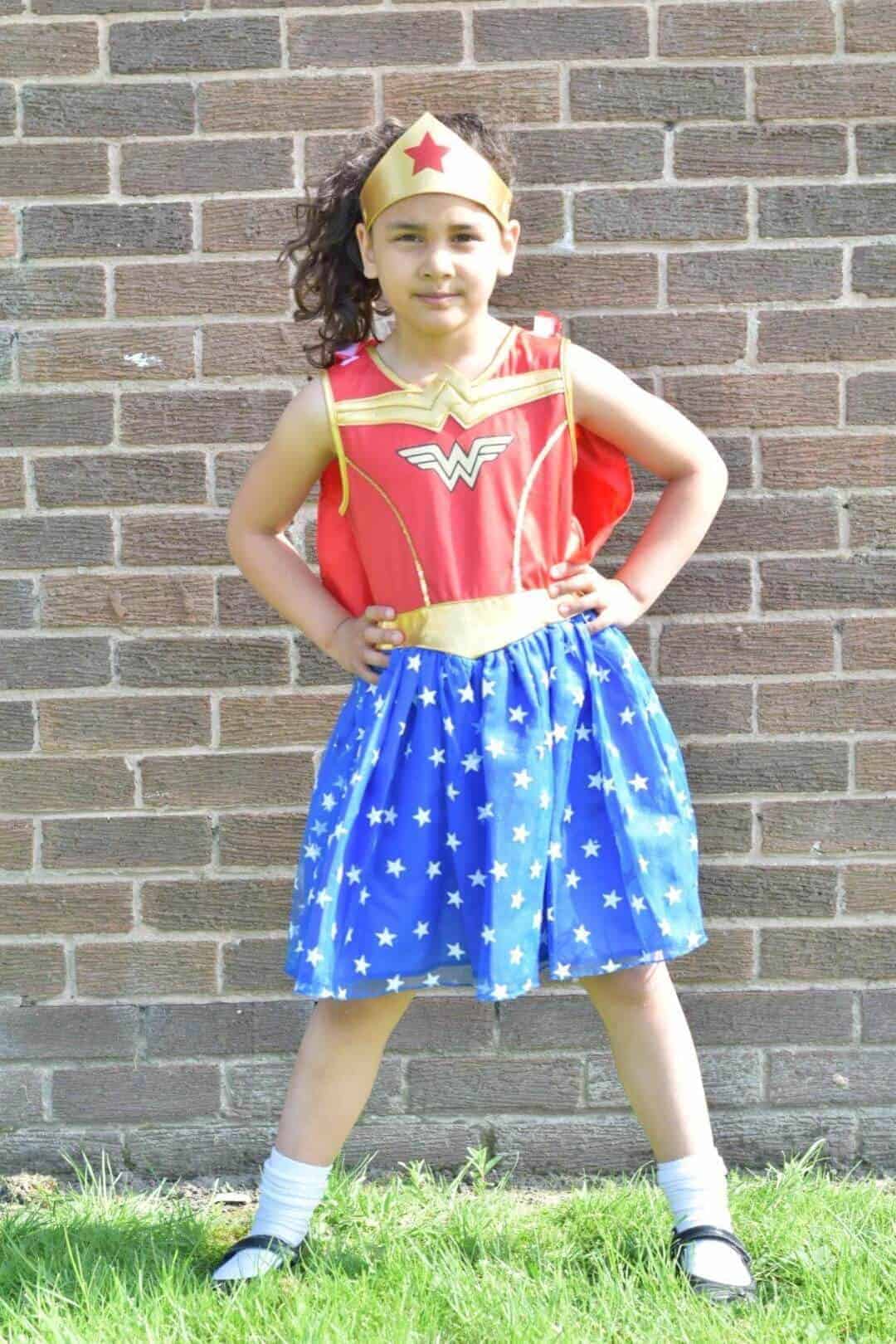 I did say it would be best to keep it nice for the party but she persuaded me otherwise and I let her go out. I told her if it got dirty before the party then she would have to face the consequences. She made her decision and managed to keep it looking as good as new. 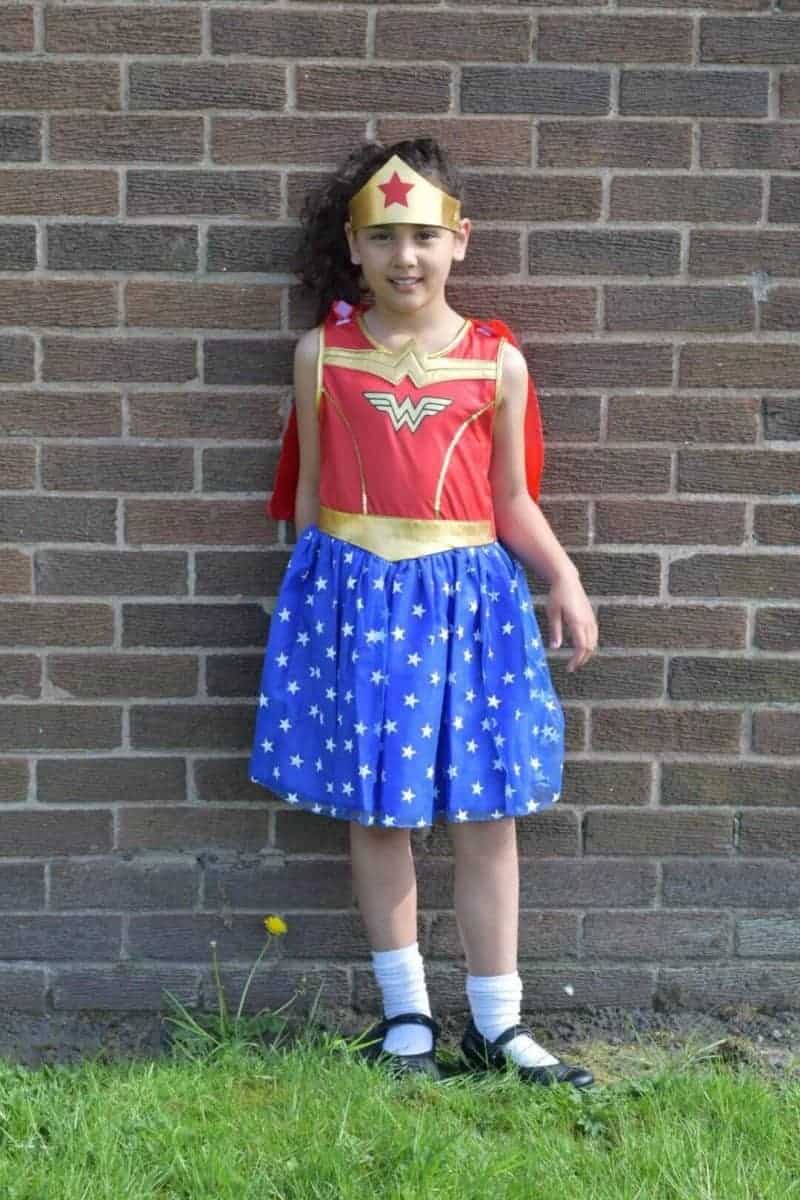 Before going out to play John took some lovely photographs and Sylvia had fun modelling her new outfit. I also had a dress which I’ve been sent to review and it does not look very flattering on me and I really am not a fan of the pictures but I agreed to model it so I guess I better write the review in a week or so. The dress is okay but it just doesn’t suit my shape. I did get some amazing shoes with the dress and those are fantastic. I love them even more. 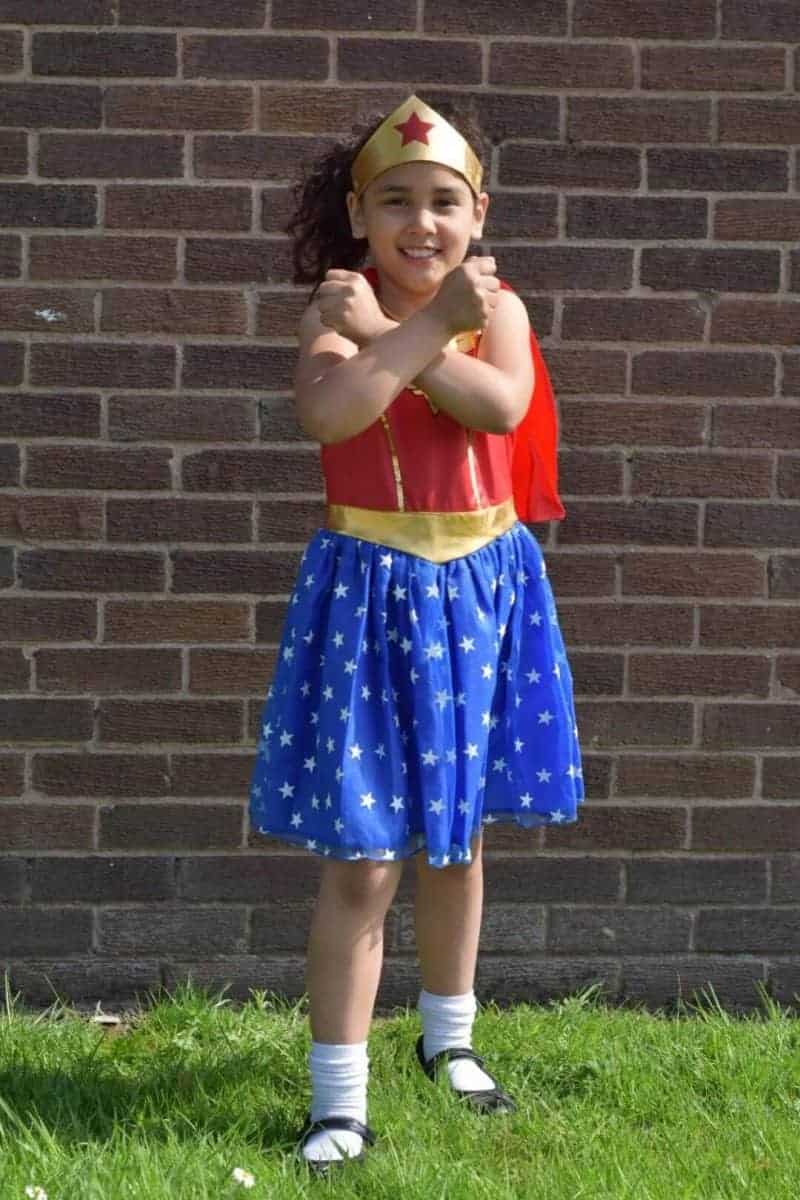 John found the wonder woman costume at Tescos while I was in hospital but they only had it in a smaller size. John ordered the Sylvia’s size and then we were hoping it would arrive on time and it did. Even better it is the perfect size and so we have a new fun costume which could double as a dress up for school next time Sylvia has something like World Book Day. 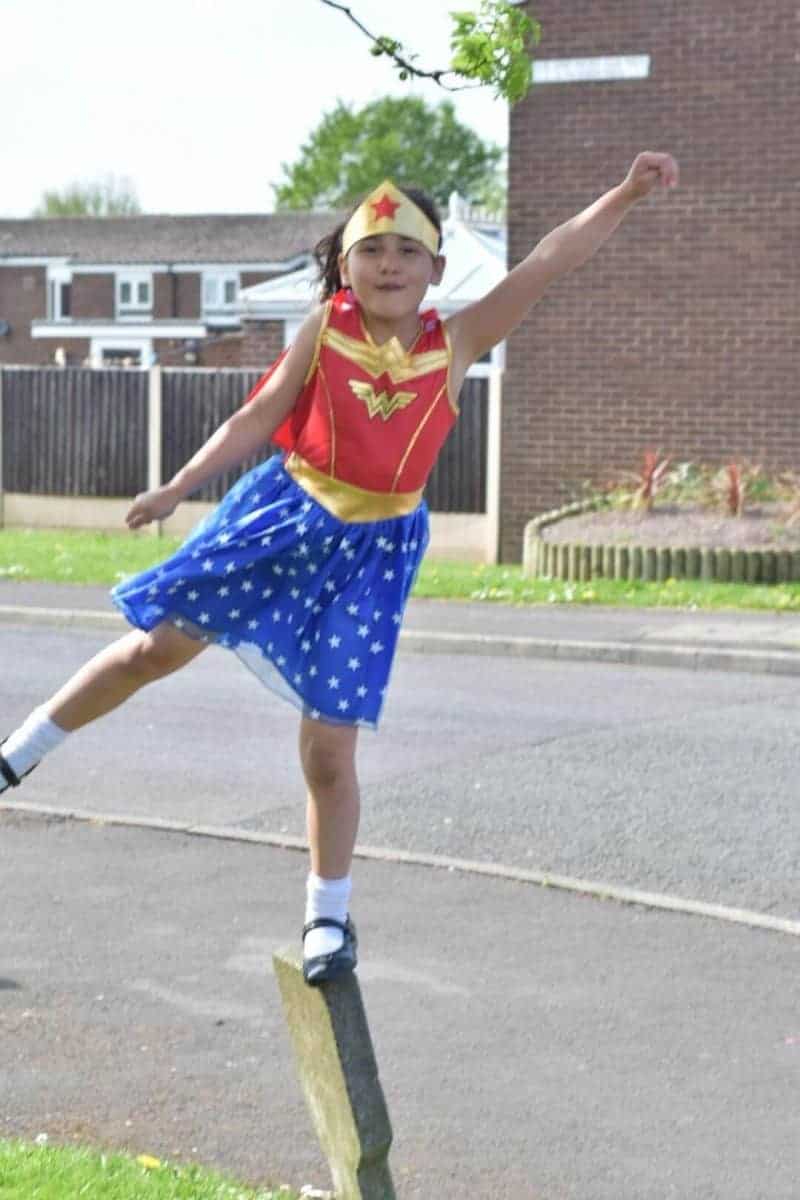 I am kind of surprised that Sylvia wanted a Super Heroes party as she is so girly and loves her dresses and princesses and ponies but she made a choice and I am highly suspect that John influenced that. after all he is such a geek and into all the super hero theme. I love that about my hubby though. He has interests and is not boring!

So, we are all ready. My  friend Rachel has really helped me to prepare the party games and she will be running them so I can kind of sit and watch and John has downloaded some party music. I am super excited and am really looking forward to tomorrow and so glad i’m out pf hospital. John has done well keeping the house for 8 days. It’s clean and tidy. The fridge wasn’t it was full of going off food. I’m wondering what they ate for dinner while I was away…. I think subway and pizza and pasta.

Anyway..happy days are ahead. I am excited for tomorrow and so is Wonder woman. I’ll be writing all about our party next week 🙂 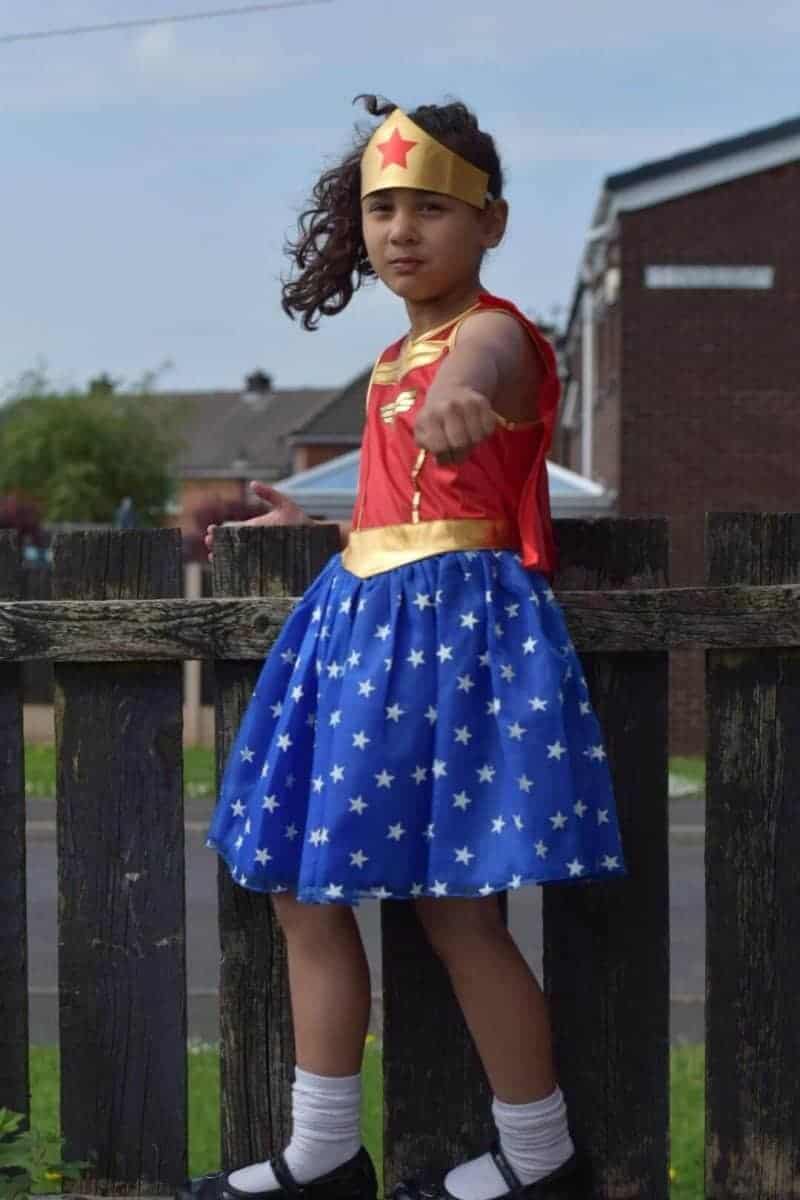 All I Want for Christmas is You Adrenal Pump Song 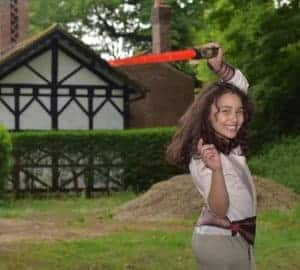 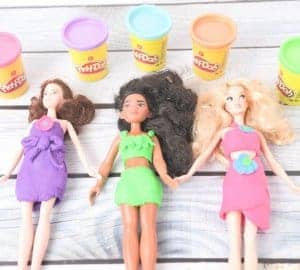 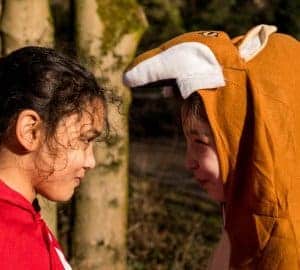