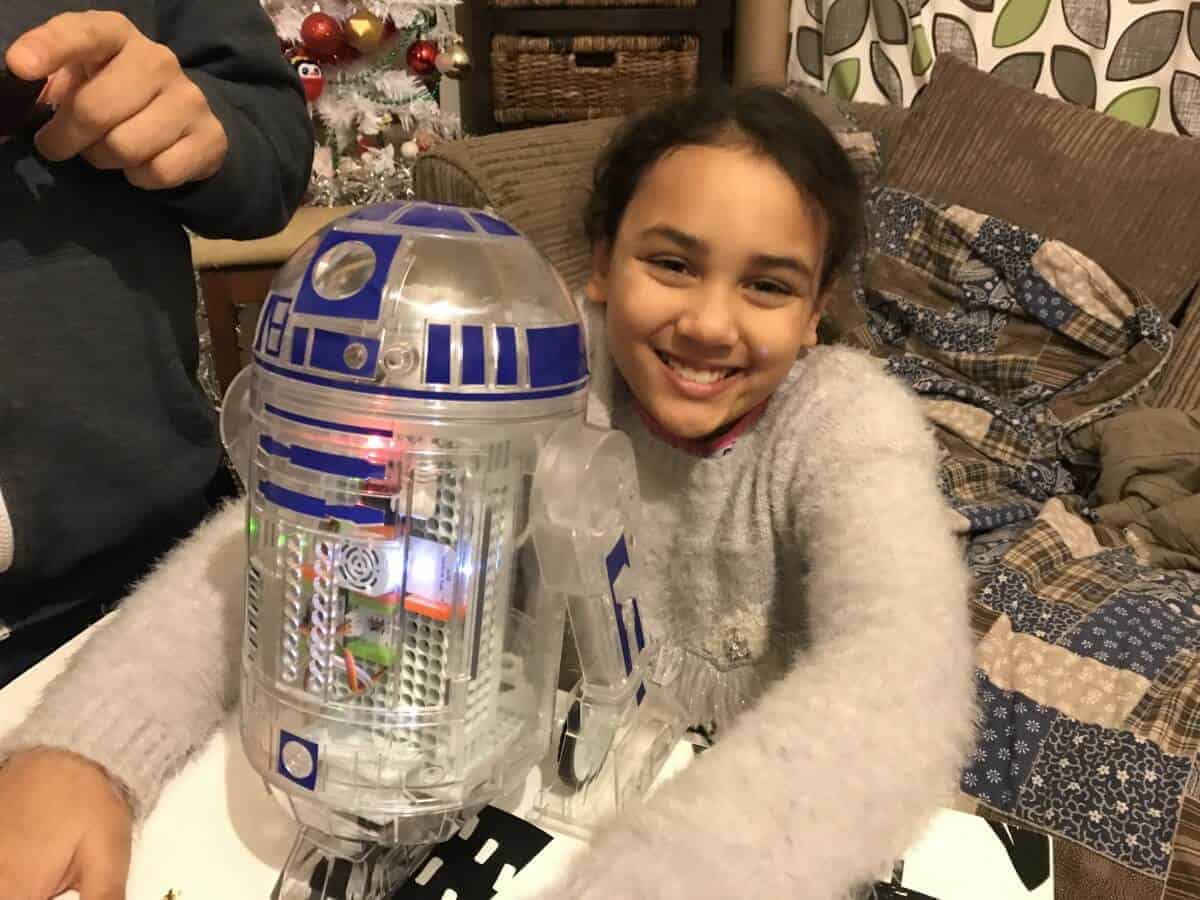 This week Sylvia and I were super excited to take part in the Pretty Curious Campaign alongside BritMums and EDF Energy, where we got to build our very own Star Wars Droid and learn about female STEM role models such as Rey and Rose from the new movie Star Wars: The Last Jedi. 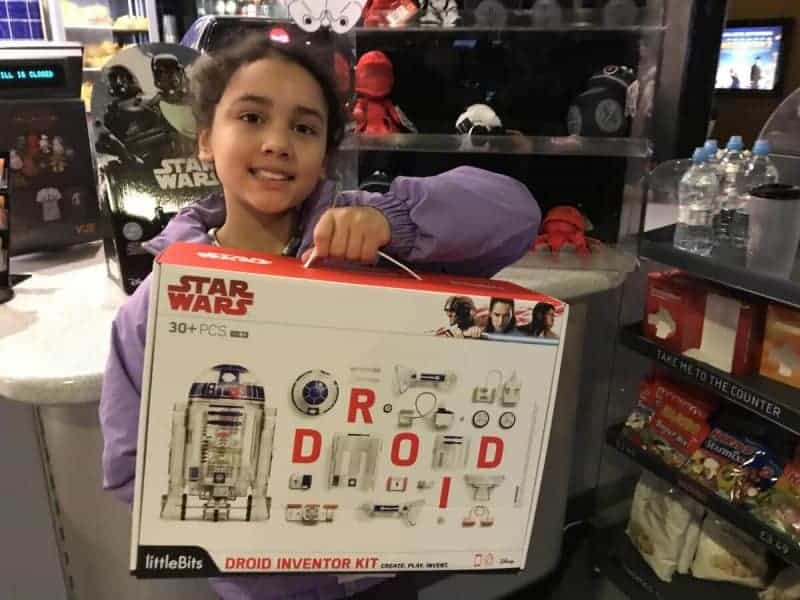 We began our Pretty Curious project by visiting the movies and watching Star Wars: The Last Jedi. I then gave Sylvia her new Droid Invention Kit which we began building the next day. 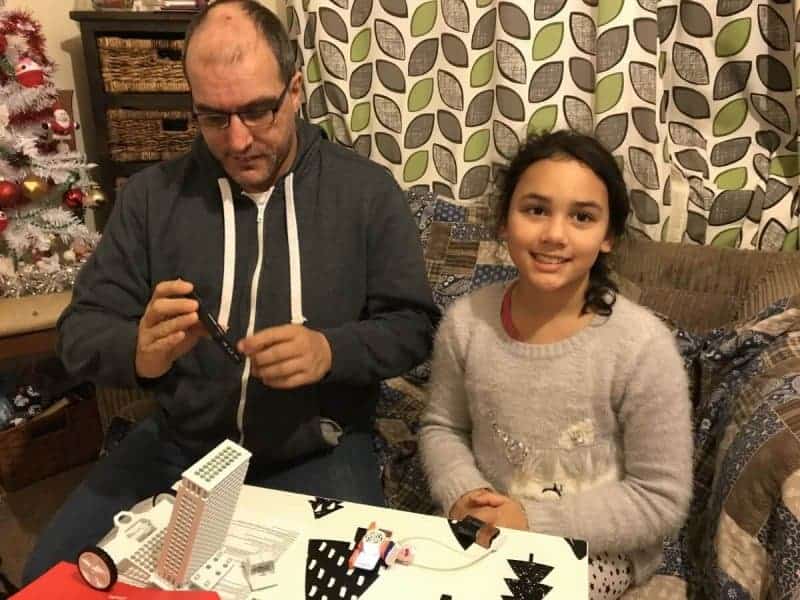 Pretty Curious is a programme that focusses on raising awareness of the issues surrounding girls and STEM. The Pretty Curious campaign aims to inspire girls to pursue STEM-based subjects at school

When I was a teenager, many girls took cooking and sewing classes, whilst the boys studied graphic design, woodwork and technology. I didn’t think much of it at the time but the reality is I was not encouraged as a female to undertake STEM subjects and certainly not to go into a STEM career.

This attitude most likely contributed to the fact that in the UK today, only 1 in 4 people that work in core STEM roles are women. 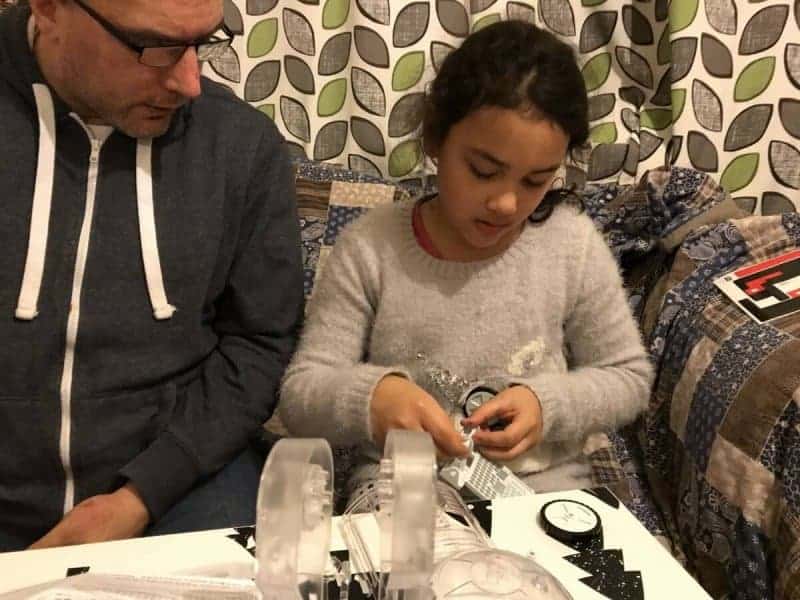 As a previous head teacher, I understand the importance of showing girls at an early age that STEM careers are great for both men and women.

Research shows that STEM careers such as engineering and technology will rise at double the rate of other occupations between now and 2023.

It is important that females feel inspired to study what they want and that girls have female role models in these subjects to demonstrate how exciting it can be to work within the STEM Sector.

Sylvia loves to watch Star Wars with her dad and was really looking forward to the new episode, Star Wars: The Last Jedi.

\She loved the film and her favourite character was Rey who happens to be a great role model for girls and teenagers is the STEM sector. 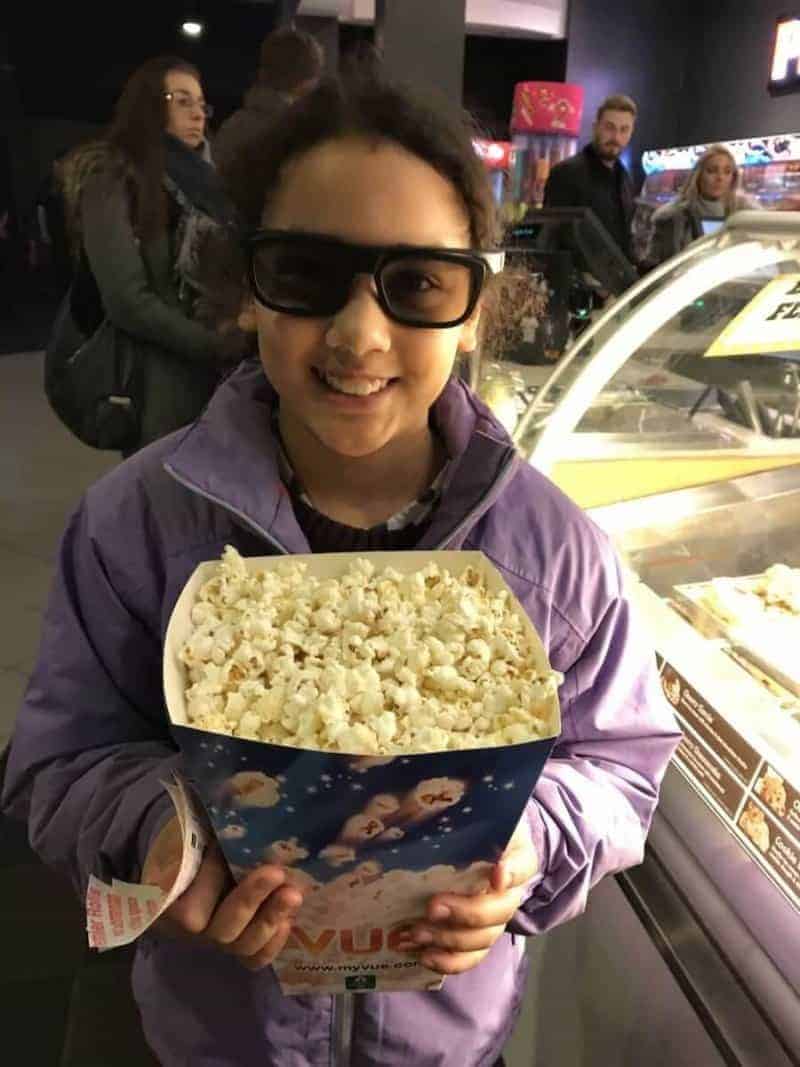 After the movie we talked about some of the female Star Wars characters and the fact they could fly machines, use technology and engineer.

Sylvia and I then visited the EDF Energy website and took part in a quiz for teens that encourages a child to find out which STEM subject would suit them best.

To my surprise Sylvia’s career choice came back as a Civil Engineer which involves lots of problem solving, which is something the lead female characters do on Star Wars: The Last Jedi.

I also took the EDF Energy Pretty Curious Parents Quiz which looks at the parents view on the right career for their child. I was asked a number of questions about my child and the results suggested Sylvia would be a good Biotechnologist. I tend to agree with this one and Sylvia has a number of STEM career options she could look into. 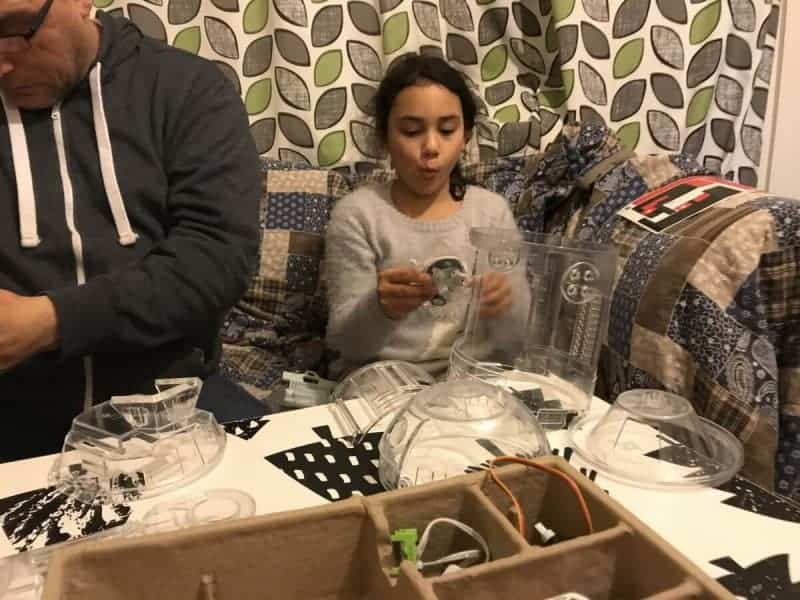 In addition to Rey, Star Wars: The Last Jedi, has a new character called Rose, who is a maintenance technician with the Resistance.

Sylvia loved working on her new Star Wars Droid Invention Kit and it gave us the opportunity to talk about future career possibilities in the STEM field. 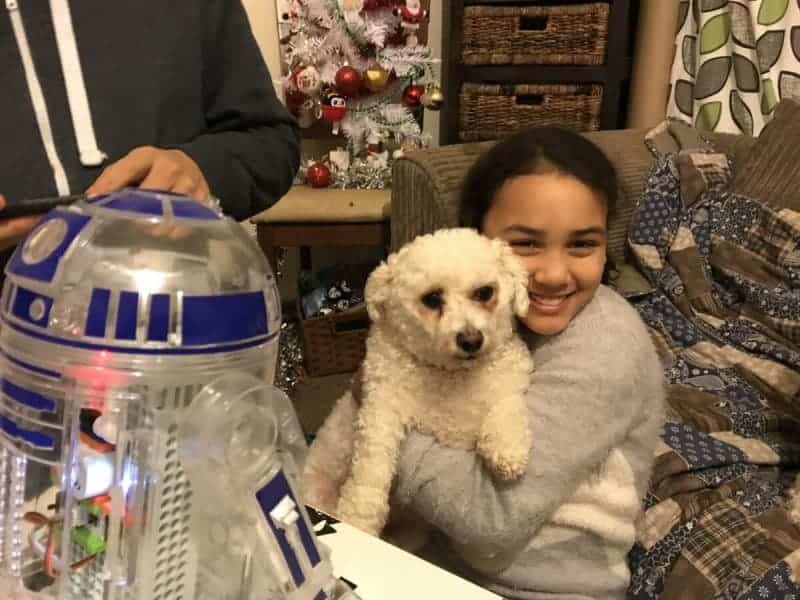 Pretty Curious is now entering their third year of raising awareness of the under-representation of girls in STEM subjects and EDF Energy have created a fantastic STEM resource for teens and parents who may be interested in learning more about STEM career opportunities.

STEM careers are fantastic for girls if your interested in learning more about the many opportunities that are available in the STEM industry then why not pop over and learn more about the #PrettyCurious programme.

There is a fantastic virtual reality film which shows a day in the life of an architect at the Shard. We found it very interesting and I’m sure you will too. 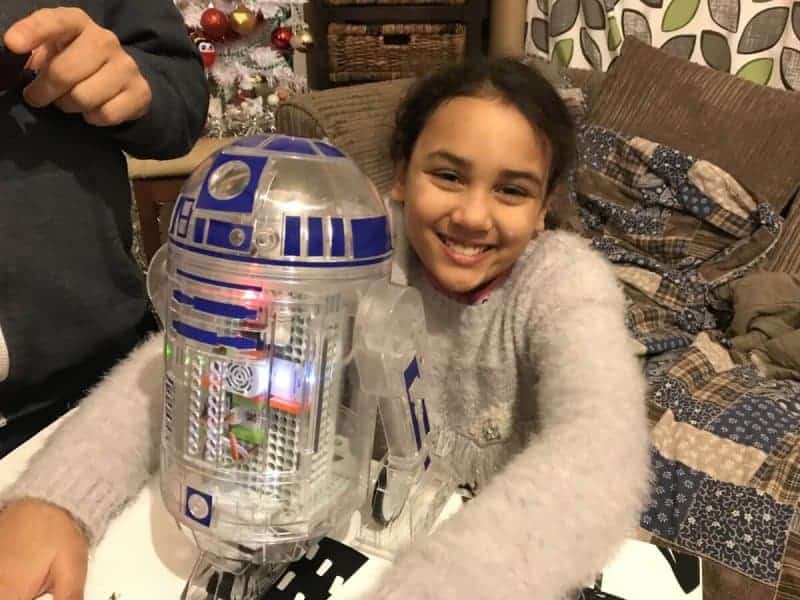 We enjoyed taking part in this project and I’m glad there are options out there for girls interested in pursuing a career in STEM.

WATCH US BUILD OUR DROID ON INSTAGRAM STORIES HERE

“I’m working with EDF Energy and BritMums to promote the #PrettyCurious
programme. Visit EDF Energy for more information and advice.”

A Christmas Fair And Snowman Treat 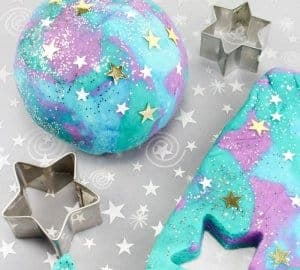 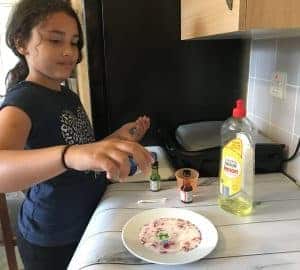 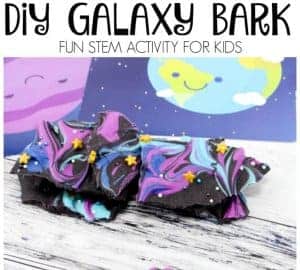