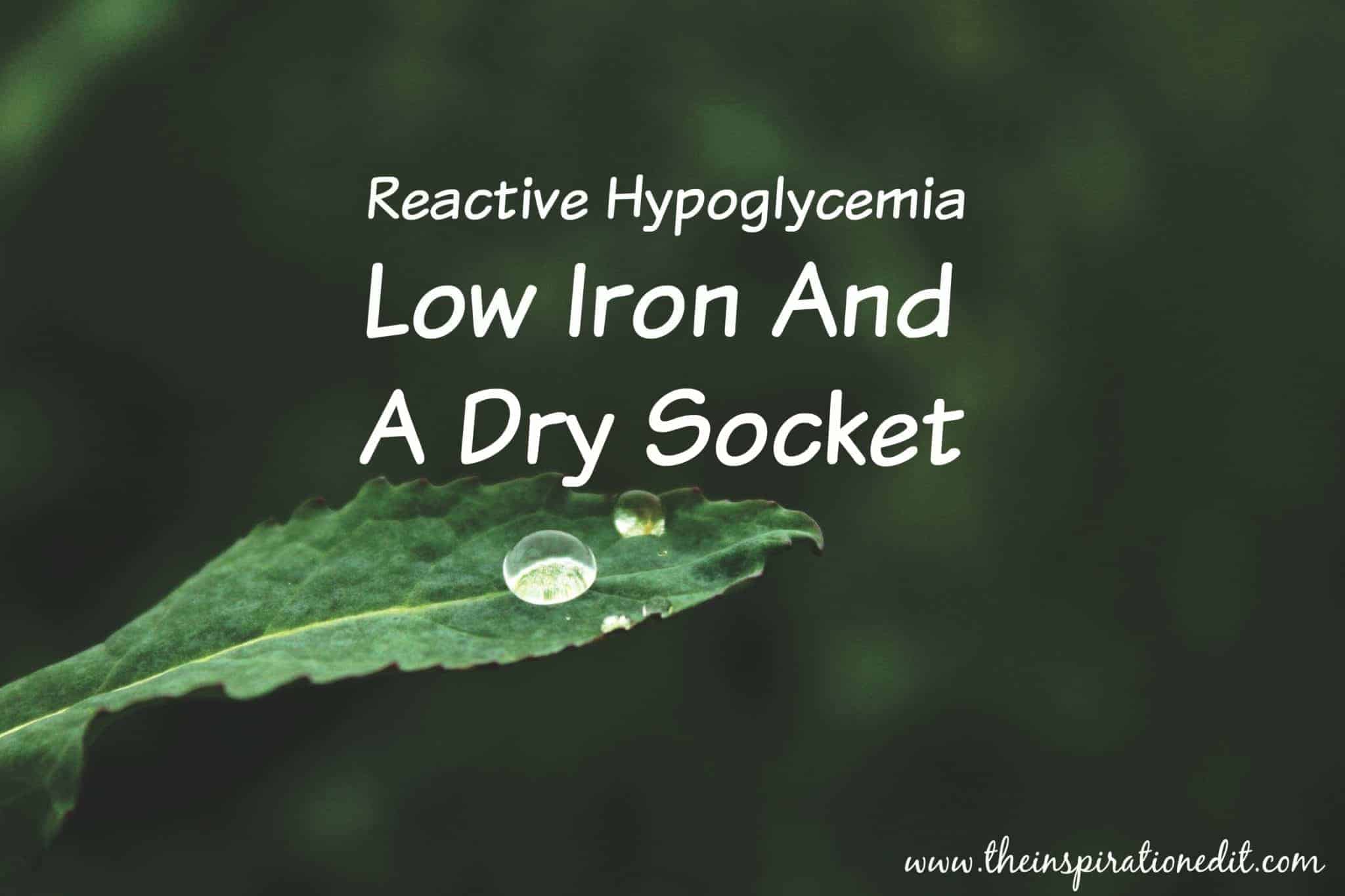 It’s been a while since I wrote about my health. The reason is, I’ve been really unwell a lot more than usual. In fact I was unable to do much over November and December last year due to an overwhelming feeling of exhaustion which stopped me doing so much.

I have to admit I was unwell for most of 2018. It was not a great year health wise.

For the first half of the year I was suffering from unknown reactive hypoglycemia. I had no idea what was happening but every time I ate I became seriously unwell.

The issue was I felt so unwell so often that I was in a crazy cycle. I would eat, feel sick, dizzy and nauseous.

I would go lay down and sleep and rest, then wake up feel a little better, eat again and the cycle would start again.

The symptoms of reactive hypoglycemia include:

I was suffering from many of the above symptoms of low blood sugar continuously and had no idea it was down to the food I was eating until August when my grandpa died.

Grandpa was ill and needed support before he passed away. As sick as I was, I went to try and help care for him the best I could.

Suddenly my health picked up a little. I didn’t understand. Yes I was exhausted as I was caring both night and day during grandpa’s last week but the episodes of sickness I was facing suddenly stopped.

It was bittersweet, leaving the home to help grandpa, seeing him pass away and at the same time working out for the first time in many months that my illness was down to the food I was eating.

In September I was seen by the Endocrinologist and it was confirmed that it was indeed certain foods that had been making me very unwell.

I felt the best I had been for about a month and then suddenly things went downhill again in October.

I began having terrible issues with my teeth. I was having root canal treatment but things just went a little crazy and I was having constant toothache and nerve pain in a few different teeth.

Waiting for treatment has been a real nightmare. I’ve had repeated work done on the same three problem teeth, and referrals to hospital for tooth extraction but for the past 4 months the pain has been chronic most days.

Toothache can be really limiting and I wouldn’t wish it on my worst enemy. In January this year I finally had tooth teeth extracted, however I developed a dry socket which has meant more pain.

What Is A Dry Socket?

A dry socket can form following the extraction of a tooth. When the blood clot doesn’t stay in place following the removal of the tooth, the bone with become exposed leading to severe pain and discomfort.

Usually following the loss of a tooth the gum will heal quickly over a two week period. When you have a dry socket the healing is slowed down and will take much longer.

My dry socket is so so painful. The gums and jaw area in the region where my teeth were removed is in constant pain and so I have continued to take pain killers each day to help.

I have also been rubbing clove oil on my gums. It stings and tastes foul but does a fantastic job of numbing the painful area and so it is a real life saver right now!

In two days I return to my new dentist, to have a filling and arrange a mouth guard as I have been grinding my teeth in my sleep causing the temporary fillings to become loose.

I finally signed up to a new Dentist who said I need two small fillings and the mouthguard. Once those fillings are complete, she will begin work on my back tooth which will be root canal treatment.

I am hoping that tooth can be saved and I can get a crown rather than just pulling it out. It’s 50/50 for now so we shall see what happens.

Going For An Iron Infusion

In October I suddenly became exhausted all the time. I became so weak in fact that by November I was back to using the wheelchair. I could barely move or walk.

After several test and a visit to the Haematologist, it turned out my vitamin D levels and Iron levels were extremely low. I was also low in Zinc, folate and suffering from hypoparathyroid symptoms.

My bones were aching, I was in severe pain all over the body and so I began taking super doses of Vitamin D in November. It’s taken 2 months but the bone pain has stopped and my parathyroid is back in range.

I just need to retest my Vitamin D and try my best to keep it in check. My sister is a GP doctor and feels the treatment I’ve been receiving for Vitamin D deficiency is not good enough.

My Endocrinologist said the same thing and although he said he would ask my GP to increase my Vitamin D dosage permanently, he never did so.

As for my low Iron levels, the were so severely low that the hospital called me in for two Iron Infusion appointments. I had the first Iron Infusion before Christmas and one after Christmas and need to have repeat blood test in two weeks to check all my blood levels.

I was shattered and unable to do much from October through to January. I was told by the nurse at the hospital that the full effects of my Iron infusion should kick in my April.

I have however got more energy at the moment than I did at the end of 2018 so things are improving.

At the start of January I agreed to trial some new supplements which I heard really help with energy levels and good health. I was sceptical due to the cost but when I compared the ingredients to the tablets I’ve been taking the past two years I could see these new ones are much better. They have much higher amounts of vitamins and minerals, alongside other goodness.

Again I spoke to my sister, a GP who told me the vitamins from my doctor are therapeutic and don’t really deal with my deficiencies properly.

I started taking the new supplements and I can honestly say they have made a huge difference. My mind has been less foggy and I’ve been able to brainstorm and plan.

I take the new vitamin supplements 4 times a day and whenever I do, I have small bursts of energy allowing me to do a few chores in the home like popping on laundry and prepping food. I simply could not do that before.

Every time I take these new vitamin and vitality tablets, I feel revitalised for a small time.

I am of course still unwell, I have Adrenal Insufficiency and ongoing tooth ache as well as other issues but the new supplements are making a world of difference and alongside pacing and resting, I am getting more done each day.

I’m not here to promote the brand I’m using but it really has helped me during the two weeks I have trialled these and I am going to pay for more supplements next month as they are working for me and improving my life.

So, thats my health update. I am hoping by the end of February my teeth issues will be resolved. I am hoping my Iron and Vitamin D will be back to a normal range and that my new vitality supplements will help prevent me going backwards again.

Then when everything is under control, after a crazy 18 months or so, I hope to focus more on my diet and the foods I am eating, working out in more detail what makes me sick and doesn’t.

I hope to also try out some essential oils in the coming weeks to see if they can help me with my health as well. I am going to save for a doTERRA petal diffuser, which I plan to use to help me sleep better and relax more. I saw one on amazon, so might wait until I get a voucher through blogging to purchase one.

Finally I plan to continue to manage my adrenal insufficiency with the adrenal pump and hopefully 2019 will be a better year health wise, one small step at a time. 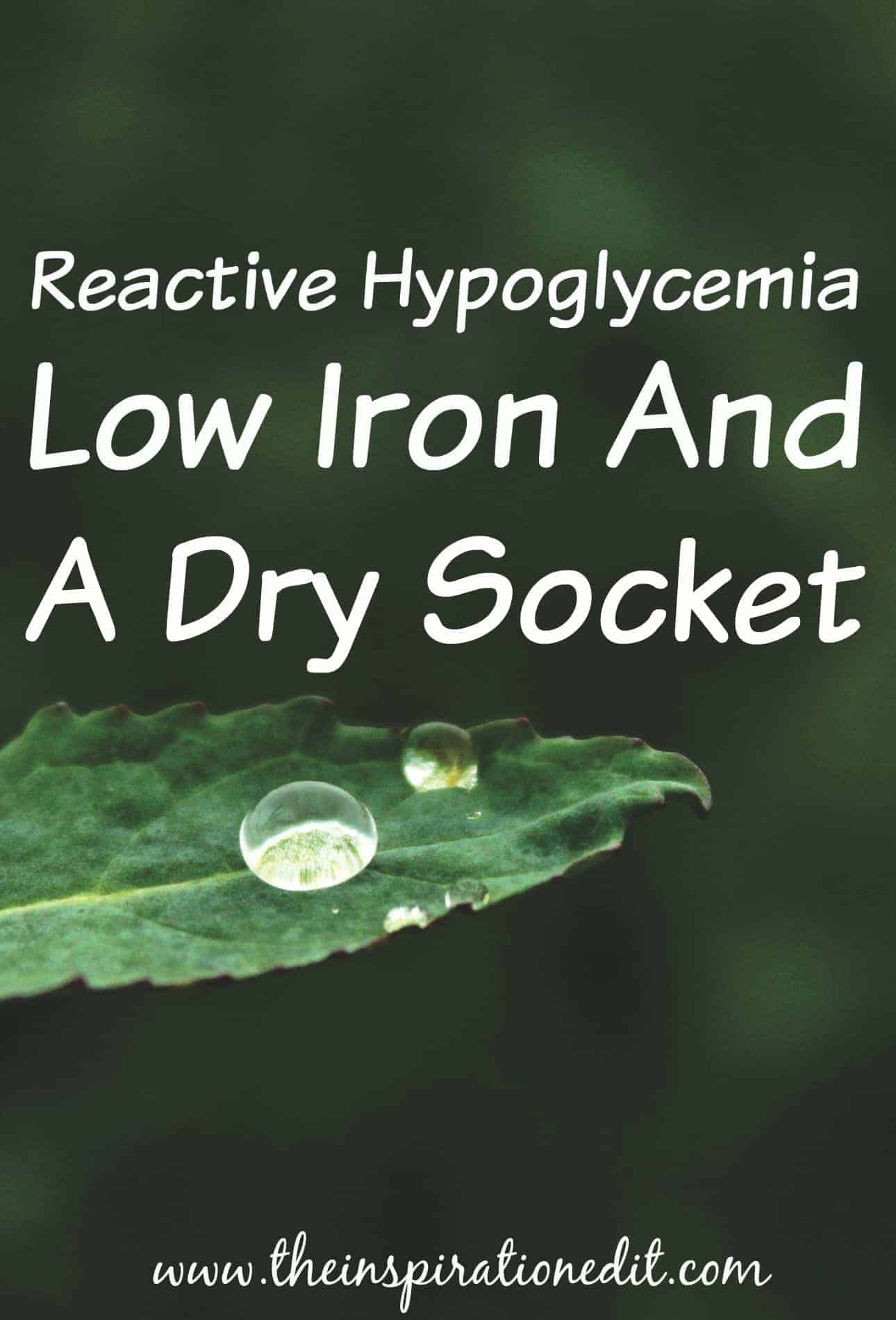 Valentines Donuts For The Whole Family