Plumbers Advise: 4 Signs That Indicate You Have a Frozen Pipe – Collaboration

During the winter months, precautions need to be taken to ensure pipes won’t freeze. This includes making sure the home is at least 55 degrees Fahrenheit even if no one will be home, draining outdoor plumbing, and ensuring pipes inside the home are insulated or able to be heated by the home’s heating system. Despite taking the proper precautions, it is possible the weather will get cold enough or something else will happen and the pipes could end up freezing. Homeowners should look out for the following signs to make sure they notice frozen pipes as soon as possible and get help to fix them before the issue becomes much worse.

Water Stops Flowing in the Winter

One of the most obvious signs that a pipe has frozen is that water no longer comes out when a faucet is turned on. If this happens during the winter, it’s most likely that a pipe has frozen, though it could also be a burst pipe. Homeowners who notice this will want to make sure they contact a plumber quickly so the pipes can be thawed before they are damaged. It’s possible to browse available options and have a plumber stop by for an emergency visit. Once the plumber is done, it may be beneficial to keep that faucet on a slow drip until the weather gets warmer to prevent the pipes from freezing again. Even a small amount of water flowing can help keep the pipes from freezing because of the water’s movement.

Pipes are Wet or Frosty

It’s a good idea to check visible plumbing during the coldest days to make sure there aren’t any early signs of freezing. One of the earliest signs a homeowner might notice is that the pipes seem to be wet or covered with frost. This is an indication that the temperatures are too low and the water inside the pipes is starting to freeze. If this is noticed shortly after it has started and the pipes are not bulging or cracked, homeowners may be able to stop the issue from getting worse. Try insulating the pipes to bring up the temperature, leaving cabinets open so the heating system can keep them warmer, or use a hairdryer to warm the pipes. Never use an open flame to heat up the pipes as this could lead to major issues. If these options don’t work or the pipes are already showing signs of further issues, have a plumber handle it so the pipes can be replaced if needed.

If pipes start to make funny sounds or they smell bad, it could be a sign of a major issue. Frozen pipes may make weird sounds as the water travels through pipes that have been restricted in size due to the buildup of ice. This could cause a crackling noise or a bumping noise as some of the ice breaks free and travels further down the pipe. Funny smells like sewer smells could indicate a drain pipe has frozen, trapping the smells inside the home. Worse, it could be a sign of a pipe that has broken because it froze, which could also lead to the smells being trapped into the home. When either of these things happens, it’s a good idea to contact a plumber. They can discover exactly where the weird smell or sound is coming from and correct the issue quickly. Then, they can offer further advice to help the homeowner prevent this issue from happening again.

One of the worse signs to notice might be damp drywall during the winter months. This could be a sign of a pipe freezing behind the drywall, as the condensation created on the outside of the pipe may start to soak into the drywall. It could also be a sign that a pipe has already burst because of it freezing, which means water is leaking inside the walls. At this point, a plumber is necessary to get to the source of the issue and correct it with minimal further damage to the home. If this happens, be sure to ask the plumber for advice on preventing it from happening again, as repairing the pipes and the drywall can prove to be costly, especially if the issue keeps reoccurring.

Keeping the home above freezing temperatures, even if no one is home, can help prevent frozen pipes. However, there are still some pipes inside the home that are more susceptible to freezing due to their location. Homeowners should take the proper precautions to ensure they are keeping all of the pipes warm enough that the water will not freeze, so they don’t have to worry about dealing with a frozen pipe. Despite the precautions, they should also regularly inspect the pipes they can see during colder weather to watch for any issues.

If a homeowner notices a freezing pipe early enough, it’s possible to use heat like a hairdryer to warm up the pipes and melt any ice that has formed inside it. It’s crucial to avoid open flames when trying to do this. Then, the pipes should be properly insulated to help keep them as warm as possible so they don’t freeze again. Unfortunately, however, it’s not possible to see all of the pipes in the home, so some issues may not be caught in time. To prevent major damage to the home from frozen pipes that burst, homeowners should call a plumber at the first sign of an issue.

The above are just some of the signs to look out for during the winter months. If you notice any other indications that there might be something wrong with the pipes, speak with a plumber as quickly as possible. They can inspect all of the pipes in the home to determine what is happening and how it can be quickly repaired. Fast help can prevent far worse issues, like a pipe cracking due to frozen water and starting to leak once the weather warms up.

Establishing Boundaries: 4 Ways to Protect Yourself from Debt Collectors 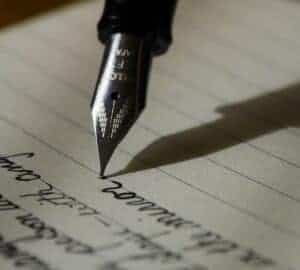 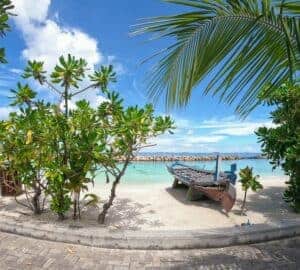 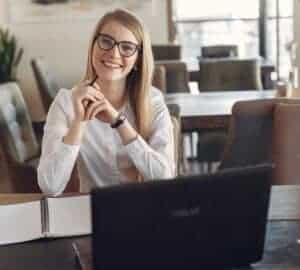