Welcome to Chapter Two of

Not All Sharks Bite: Learning To Recognise The Signs Of Abuse

Previous: What is an unhealthy relationship?

Why Do People Enter Abusive Relationships?

No one wants to be in an abusive relationship. We all hope to find the ideal partner but too often unhealthy relationships form and people are left hurt, pained and scarred.

As a young woman I certainly experienced this. The bumps, twists and turns of my childhood and teenage years caused me to have insecurities and low self-esteem.

Hence when my so-called prince charming rode along on his horse, like the princess in a fairy tale, I fell head over heels for him immediately. Prince number one was certainly a charmer. His words were amazing. The things he said made me feel great. He made me feel confident and beautiful telling me how much he loved me, how beautiful I was and how much he wanted to be with me. He filled the emotional gap in my life.

Had I been a ‘whole person’ at the time, I might have realised that he was over the top. However I fed off his words, and the more time we spent together, the more I relied and depended upon this man.

My first relationship took off with a flying start. Prince charming would call me regularly, checking in on me, asking me how my day went. The relationship was intense and deep.

I felt so in love, I’d do anything for this man. I put him first in every way, dropped what I was doing when he wanted me, talked all night when I had commitments the following day and had no outside life.

The emotions were so intense and ‘breathless’ that I did not have time to breath, to reflect upon the relationship and see that he was calling all the shots.

The relationship was so intense and rapid that I could not see that his expectations of me were unrealistic. I did not notice the red flags and warning signs as I sped past them in an emotional hurry towards an emotionally dangerous and violent Shark.

Upon reflection of this experience, I realise that often men or women end up in abusive relationships due to the emotional intensity and rapid movement of the relationship.

If a relationship was to move at a slow and steady pace, the warning signs would be much more noticeable and we might walk away before things become really bad.

Sometimes however Sharks can appear to be simple fish and change once the relationship has developed making it much harder for the victim to leave.

Had I worked upon my own self-worth and self-esteem, focussing upon becoming a whole person before seeking a relationship, I would not have had flimsy boundaries.

I could have formed strong resilient boundaries, knowing what I would and would not accept. I was young and my own experiences lead me down this path.

The good news is I can now share my experience and help those who too may be blinded and about to jump in the deep end.

A whole person with stable boundaries is able to set limits, express their feelings and define their own needs. At the time of my first relationship, I was unable to do this.

Although I had the courage to leave what became an abusive and violent marriage, I still had not defined and formed strong emotional boundaries and it was easy for me to find another Shark to fall in love with without even realising it.

People have boundaries to protect themselves. When one’s boundaries are too weak, it can be easy for another to push them, take control and manipulate the person.

Likewise when a boundary is too tight or closed, it can be difficult for partners to build their friendship, develop trust and frustrate the relationship.

It is so important that we as individuals take time to look at our own boundaries, set limits and define who they are, what we will and will not accept.

If we indicate our boundaries, most people will respect them however with some people we must actively protect them. These people I like to call Sharks.

Upon meeting my second Prince charming, I had not yet developed my self-worth or come to understand boundaries. We dated, for a longer period of time than the first and eventually married.

Yet again this man turned out to be a shark. The warning signs were all there, yet again I did not see them.

Had I formed boundaries and self awareness, I would have known when the second shark was pushing against them, yet I did not.

Yet again I did not have the necessary boundaries needed in order to protect myself.

At the end of the day, as one who has fallen into the deep with Sharks, it was because I did not have the tools or knowledge to recognise the warning signs and red flags telling me to stay away from infested water.

As a smart intelligent woman I was not completely blinded to all the warning signs I received. For example I knew the man I was dating had no Job, I knew he wanted to spend a lot of time with me, I knew he had a little addictive problem.

What I did do and now wish I hadn’t was to rationalise and hope he’d change. This is one of my biggest mistakes. After talking to friends, family and those who’ve experienced unhealthy partnerships, I’ve learned that a leopard never changes his spots.

True, an abusive partner may get counselling and the help they need to change but the reality is most often what you see is what you get. 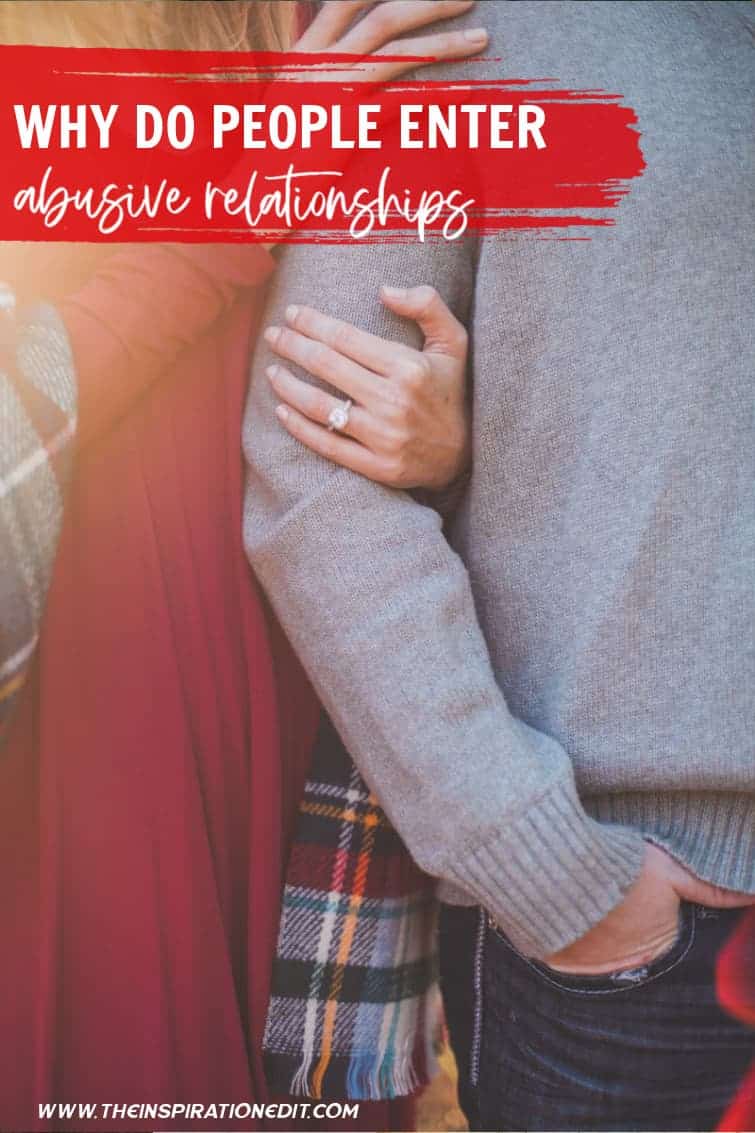 I thought I was being kind and understanding saying, ”this guy has potential”. The truth is that no one should ever settle for less. Set standards and stick to them. Don’t expect someone to change some time in the future.

If you don’t like the way your partner behaves, talk to him or her and assert yourself. You’ll soon see how they react, whether they are willing to work to improve themselves or not.

I’ve heard the phrase ”BUT I LOVE HIM” many times. Love can be blind. It is more important that you love yourself the most. It is better to feel heartache now than to suffer years of abuse and misery, become worn down and lose your sense of self along the way.

Despite the red flags and warning signs there is the odd occasion when there are no ‘warning flags’ at all.

Indeed some people may not display signs of abuse, until they have a firm grip on you, have you fully committed or married and in the place they want you. In such a case, run away, leave, get out as quick as you can, find support and don’t look back. 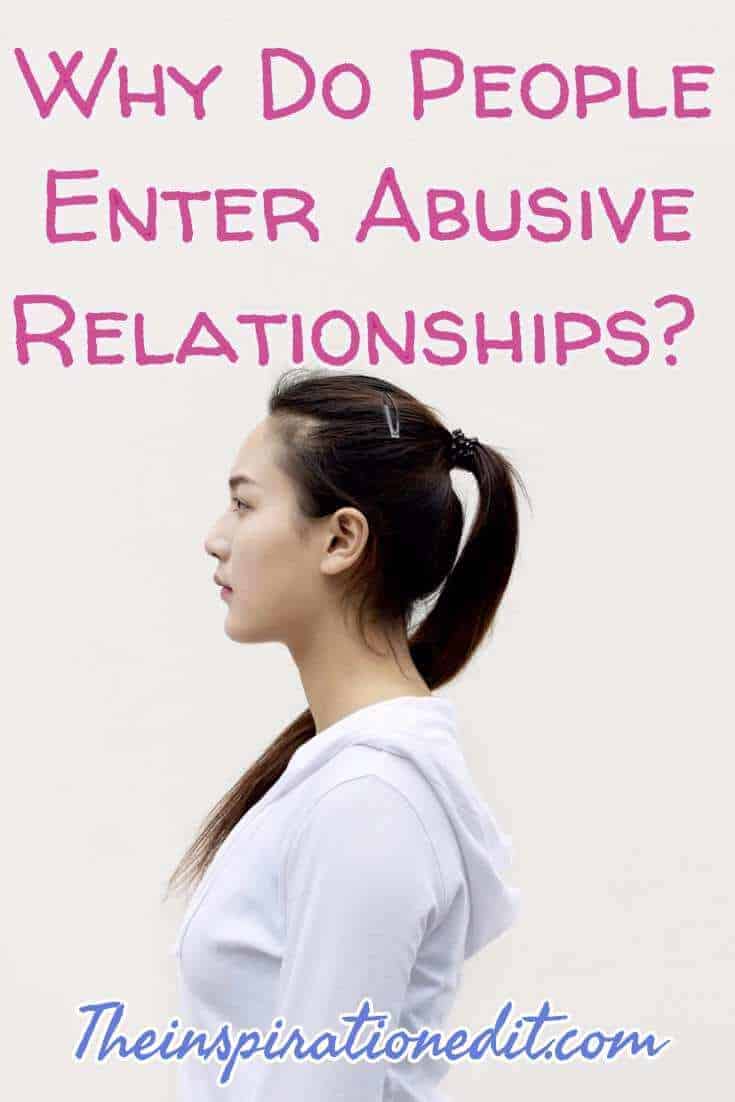