How To Make Homemade Sushi

A while ago Sylvia and I were learning about Japan. We were then sent a range of products from Yutoka to experiment with making Sushi. We did so and had a lot of fun and today we are sharing a tutorial on how to make homemade Sushi here on The Inspiration Edit.

How To Make Sushi

We were sent a Bamboo Sushi rolling mat and some Yutaka Sushi Nori which is roasted seaweed. First you place a sheet of Nori onto the bamboo rolling mat. You then spread a thin layer or Sushi rice evenly over the Nori.

You need to leave a 1cm gap at either end of the Nori roasted seaweed otherwise the Sushi can become difficult to roll.

Choose and add a range of fillings onto the sushi. We added pepper, cucumber, carrot and tuna. We also made some chicken and vegetable only sushi so there was an option for everyone.

We then used the bamboo rolling mat to roll the Nori into a sushi roll. It was a tricky process the first time but once we figured it out we got pretty good and the sushi formed really well.

Some of the ingredients may come out of the sides so we chopped those off to clean up the roll and then used a sharp Japanese Santoku Knife to create the Sushi pieces.

We were sent sushi rice from Yutaka and it was a really great texture and stuck together well. We were also a Nigiri Sushi maker, a small plastic container which helps shape the Nigiri.

Nigiri is a small ball of rice which is smeared with Wasabi and then seafood is placed on top. John and Sylvia are not fans of salmon or prawns so we baked an egg and used that as our topping for the Nigiri and used strips of Yutaka Nori to fasten the Nigiri together.

We made lots of Sushi and had plenty left over for our lunch the next day. One of the best parts for me is adding the flavourings to the Sushi. We were sent rice vinegar and rice wine, Mira, wasabi, ginger and soya sauce which made the sushi really yummy.

We then sat at the table as a family and attempted to use chopsticks which was rather fun. We enjoyed our experiment with Sushi. It really is fun. The products were fantastic and the food tasted great. I hope this tutorial is helpful. 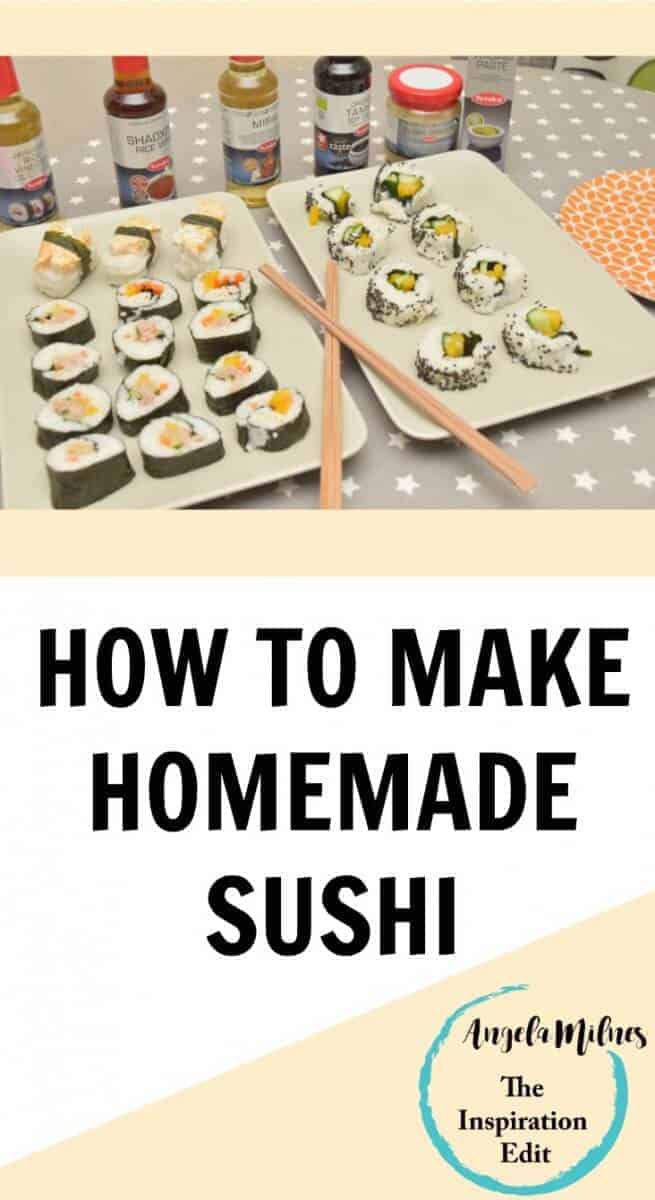 Angela Milnes is a Qualified Teacher who has specialised in Preschool and Kindergarten teaching. She has studied nutrition for children and has also taught cooking skills to adults. Angela loves to share family meals and easy instant pot recipes here on The Inspiration Edit. Follow her on Pinterest!