Today I wanted to speak out about something which has been bothering me over the past few weeks. I’ve seen your news feed pop up every few days on my Facebook page and I’ve noticed your racist comments, comments which make me screw up my face in disgust.

You are British by birth but live in New Zealand and although we were friends, I really don’t want to be friends with you any more. In fact last night I removed you from my friends list. If it were up to me, I’d removed all hatred and racism from the world.

You talk about Muslims as if they are all terrible. It’s simply not the case. Yes your home city of Manchester was attacked, I feel your pain. It affected many of us here in the UK and the Manchester bombing was pure evil. However this does not make all Muslims evil.

There were Muslim taxi drivers on that night working for free helping victims and their family members to get home. There were people of all races laying flowers and coming together as a community and then there are racist people like you who are unwilling to see the good and instead choose to perpetuate racism and build a wall of division, a wall which can’t do any good.

I read your comments on Muslims. I disagreed and kept quiet. I understood your anger, yet I disagreed. You see, my first Endocrinologist, the one who diagnosed me with Adrenal insufficiency and as a result saved my life, he was a Muslim.

In fact, he was from overseas and without him, I might not be around. I would not want him to “go back to his homeland” when there is so much good he can do here in the UK. There are my friends, the girls of Pakistani heritage who I attended high school with.

These girls had high morals and standards. Yes they ate different foods and some even had planned marriages but these girls were great friends. They worked hard and studied hard and had just as much right as I did to live in the UK.

Your attitude and hatred towards Muslims is not the only thing that struck a cord with me. You recently began writing and speaking about Maori’s. A Maori is a native of New Zealand. In fact my Mother was born in New Zealand and I have Maori blood.

I descend from the Ngai Tahu tribe. Once again you used your Facebook page to voice your racist opinions. You spoke against the Maori people and disapproved of tribes. Your lack of respect for the people of the land was very clear. 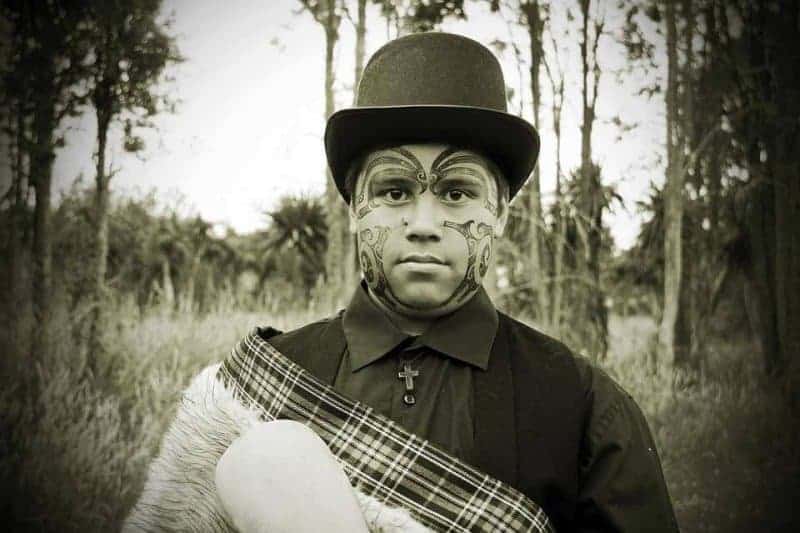 Maori Are Native To New Zealand – British Are Not

Can I remind you that you are British. You were given residency to live in New Zealand many years ago, yet you speak bad of Maori as if you have a greater right to live in NZ than Maori do.

Yes I understand the tensions in New Zealand surrounding the upcoming election. I understand that you feel Maori rights and heritage does not need to be recognised but that’s where I disagree.

New Zealand is a great huge melting pot of many cultures, however before we the British ever set foot upon the land of the long white cloud, there were a people living there and these people were Maori.

Over the years there has been a lot of intolerance, racism and disregard towards the Maori people and in today’s world Maori language and heritage does need to be preserved. Just as the American Indians of America and the British in the UK want to preserve their traditions.

I do not like your racist attitude towards Maori people. I hate that you speak of “Maori” as if we are all scroungers, living in poverty and relying on benefits. Again you generalise and stereotype people based on race and this is simply wrong.

Whilst at University I was able to meet many professors, teachers and leaders of both Maori and Polynesian heritage who were leading the way in fields such as “early years education”, “medicine” and “law”.

My sister is part Maori and she graduated top in her year at Medical school. My brother in law is Maori and he is a qualified lawyer. I identify as part Maori and am a qualified teacher. I really do think that when you generalise and stereotype based on ethnicity, it builds barriers and walls. We should be smashing those walls down, not building them up.

I am deeply offended when you say that Polynesian children are good for nothing. When you say they need to go back to the Islands and learn to husk coconuts.

Sadly there will always be racist people like you. I can not change that but I will speak out and write this letter because your attitude is the poison we need to keep our kids away from. Your behaviour is unacceptable and the one thing which will continue to create a divide in a world which needs to come together rather than be torn apart.

You may also enjoy the following article: A letter to my son who will grow up to be a black man. 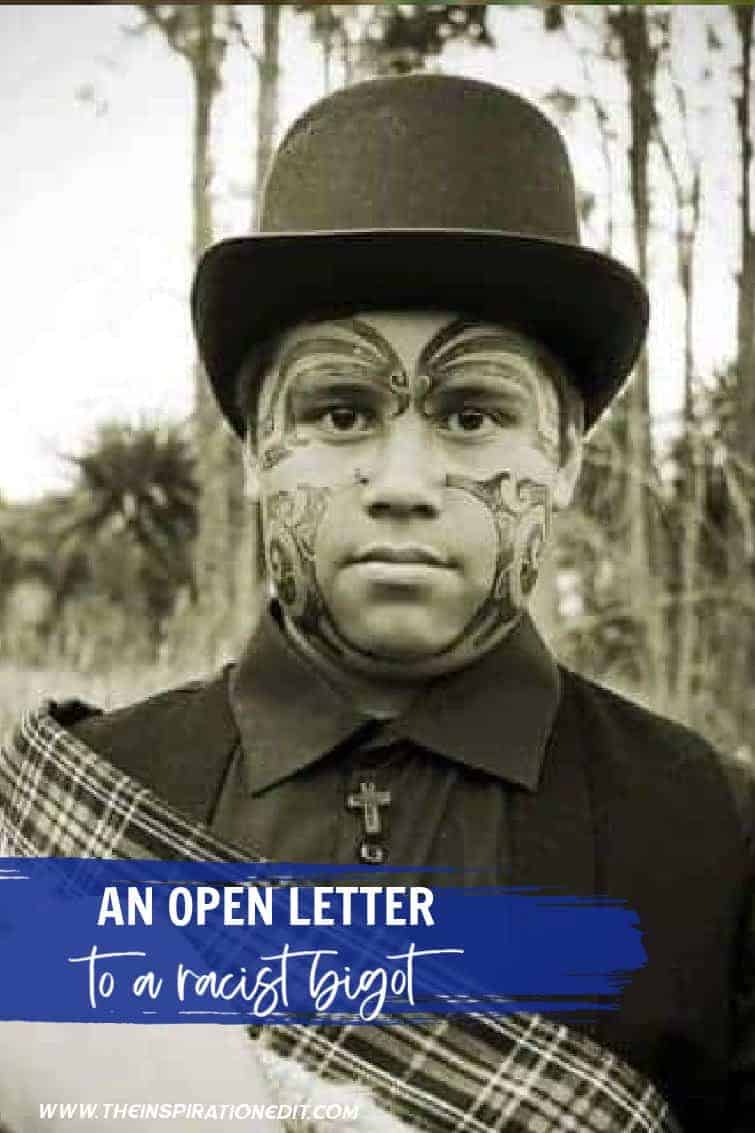 Previous Post: « Risking It For A Biscuit With Blogging
Next Post: Halloween Monster Rocks A Fun Craft For Kids »