There is no better way to be crafty than to renovate the entire scheme of the house. Think of the property as one huge easel and the walls as the canvas. Like any artist, it’s about expressing yourself on a regular basis. Plus, you don’t want the neighbours to think that the interior is tired and old. Good old peer pressure is at it again!

In the past, you took a couple of days off work and cracked on at weekends to finish the project. Now, precious little human beings are wandering around the house so the experience is poles apart.

Their safety and comfort are paramount and everything else comes second. Still, you need the house to feel like a home and don’t want them ruining it with their grubby hands! God, being a parent is tough.

Completing the project isn’t the only thing on the agenda – you want to survive it too. Children will put your patience to the test, and it can seem as if you’re running uphill in treacle at times.

However, it’s not impossible to start and finish a home renovation mission even if you have to worry about kids. Some might say the following advice makes it child’s play.

Take It One Step At A Time

And by “one step,” you should read it as one room at a time. The tempting thing to do is to try and blast through the renovation as quickly as possible.

That way, there will be fewer glitches and the pain won’t be long and drawn out. As a result, lots of parents/homeowners attempt to break the back of the plan by multitasking. Although you get an A for effort, it’s not a wise move.

For one, it’s almost impossible to do as the human brain isn’t wired properly. On average, the mind works at its most efficient when it has one task to complete or a variation of the same thing.

Secondly, the kids will enter while your back is turned and cause havoc. As any mum knows, it’s not possible to watch them 24 hours a day especially when they’re mobile.

Finishing one room at a time allows you to do two things: keep them on a tight leash and pick strategically. The kids can’t ruin a room if you’re painting it because you’ll take them out as soon as they get near.

And, if they try and get into the places you’ve already done, like the bathroom or kitchen, they can’t do much damage anyway.

A contractor is an essential part of the process as they have the skill and the experience you don’t.

You’re a homeowner, not a builder. Of course, they’re not renowned for their etiquette when welcomed into another person’s home.

Some are loud, have no filter, and leave a hell of a mess behind for you to clean up afterwards.

Usually, it’s not an issue because these are things adults can deal with even if they are annoying.

Kids are different. Not only are they curious, but their minds are like sponges and soak up all sorts of words, phrases and behaviours.

So, it’s imperative that the contractor acts like a grown-up in front of the children. Builders who have families understand your wants and needs.

They wouldn’t want their son or daughter in a toxic environment and they extend the same courtesy.

As a rule, they do things such as cordon off rooms and put up sheets so that dust doesn’t leak into the house.

There’s no doubt that safety is the biggest factor concerning a home renovation. The last thing any parent wants to happen is for their baby to get hurt.

During an improvement, there is extra clutter lying around the house which is hazardous. A simple solution is to clear it away after every session to avoid incidents, yet it’s easier to say than to do.

Did you know that people from the UK to Australia produce millions of tonnes of waste per year? Thanks to general household waste and recycling, a typical council wheelie bin doesn’t hold enough junk and spews over.

Dirtcheaprubbishremoval.com.au can help in this situation. They dispose of pretty much any waste and rubbish so that the interior and exterior of your home is clean. Their clients benefit from a regular rubbish collection.

As well as a tidy home, you’ll also ensure it’s secure for your children.

You can’t stop them from wandering around the house altogether, so cleaning up is a savvy option.

Of course, it takes a lot of effort to remove industrial waste which is why it’s better to hire a professional.

You can supplement their visits by filling the car with rubbish and taking to the tip.

It’s a renovation, so there are going to be interruptions. In short, the gas and the electricity are going to cut off at some point leaving you with nothing.

Rather than fighting it, you’re better off planning for the worst and creating a backup plan. That way, the basic things you do to keep the kids happy won’t be overly complicated.

Imagine not being able to cook them dinner when they’re hungry. Heaven forbid!

Planning for disruptions to the home means you have to speak with the contractor. Otherwise, it will happen out of the blue and you won’t have time to react. It’s better to be proactive as a rule.

Sure, they won’t be able to give you an exact time or date, but they will have an idea. For example, the water will need turning off when they are redesigning the bathroom.

With constant communication, you can figure out when this is going to happen and make alternative arrangements.

For the essentials, asking friends or family members if they can help out is a favour that will save you money. Otherwise, you might want to hire a portable toilet or a caravan to live in while the contractors finish the job.

All kids want to do is play and burn off their energy. The mean contractors in the other room won’t allow it so they get cranky.

That’s when the crying starts and the builders in the next room remark that they’ve never heard such a racket. Keeping them entertained is tough, which is why a play space is essential.

Firstly, it’s an incredibly effective way to give them something to do. Use the renovation as a way to get creative and to stimulate their minds. An example is to build a fort while everything is out of whack.

The second reason a play space is important is their safety. At least you know the area isn’t going to be dangerous while the building work is taking place.

Why? It’s because you’ve safeguarded it beforehand. A good tip is to pick a room that isn’t in the war zone. Also, consider taking that isn’t stable down and putting it in storage.

Banging from a different part of the house is enough to knock artwork off the walls and cause damage.

Check out lifestyle.com.au for inspiration. This list has ten incredible tips that kids will love regardless of what is going on inside the rest of the house.

It might be your home, but you’re going to have to share it with strangers for a couple of weeks. Some people are good at it, whereas others hate feeling cooped up in their house.

Those that fall into the latter category should come up with an escape plan which gets them out of the way. For your sake and the kids, it’s better to be out of sight and out of mind.

The key is to create a to-do list of the things which need taking care of. It doesn’t matter if they’re essential or can wait; jot them down.

Then, you’ll have an extensive sheet or chores that will help you spend the majority of the day out of the house. Of course, it’s important to include activities the kids will love too or else they’ll start to moan.

With that in mind, you might want to split up the week so that it’s a mix of chores and fun stuff.

Hopefully, they’ll be things which count as both. Kids love going to Ikea, for example, because of the beds and the Swedish meatballs.

When you get sick and tired of running errands, use the renovation as an excuse to bond. A parent’s house is the perfect place to hide out for a few hours when you’re exhausted from shopping.

The kids love it because they get to do what they want and you get to chill out for half an hour while grandma does the heavy lifting.

Surviving a renovation with kids isn’t child’s play. It takes lots of planning and careful thought. Still, it’s possible with a creative, can-do attitude and a place to hide out.

DIY Valentines Ideas You Will Love 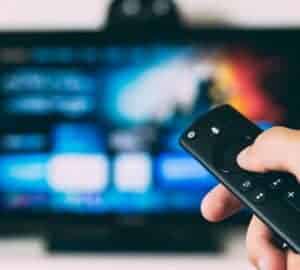 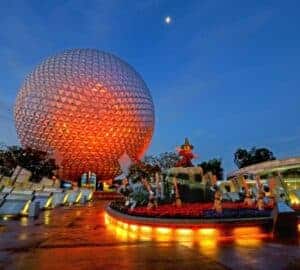