Today I am going to share why I hate Sats Exams. I have to be honest I hadn’t heard of SATS until a few years ago when my daughter started primary school and I had no idea that young children underwent this kind of testing.

As a child I never sat any form of exam until I was 14. Now I can’t say whether this was due to there being no exams or whether I simply missed them due to illness. I suffered from Asthma and spent at least two to three weeks in hospital each year. So it is possible I simply missed out on this form of testing.

At the end of the day missing out didn’t effect my education. I gained all the qualifications I needed to enter University and graduated with a degree followed by my post graduate studies.

Over the past four to five months, there has been a huge focus at my daughter’s school on SATS preparation. Sylvia is year six and Monday will mark the start of her SATS exams. In fact, children across the country will be sitting SATS exams next week, come rain or shine.

How do I feel about SATS Exams?

To be honest I do not like SATS. I understand they are useful in determining the placement of children at high school and helping a school to monitor students progress but I really hate sats and the way they put extra stress and added pressure onto young children.

I’ve discussed the effect of SATS with a few friends and talked about my dislike for them online. I’ve had various responses. Some parents have agreed that these exams are a pain in the bum and others have disagreed.

A few parents have said, just tell your daughter not to worry about it but the truth it, it’s not that simple.

It’s true that sats exams can effect the mental wellbeing of a child. 11 year olds often face a crucial stage in their lives where they are working out friendships, starting puberty and dealing with a range of emotions and feelings. Adding SATS and the pressure to perform into the equation simply makes life a whole lot harder.

Whilst some kids may not be as stressed as others, my daughter has struggled with pressure to perform well in her SATS. The worry has really affected my child, resulting in tears, worry and feelings of low self worth.

I can tell my child 100 times that her exams are not important, that they don’t determine her individual worth and that she is not dumb but the pressure to pass and pass well does not go away.

I’ve not enjoyed seeing my daughter upset, I’ve not enjoyed hearing her words and seeing her stressed over the past few months and it has not been easy as a parent and mother.

What I have told my child about SATS Exams

Despite my best efforts to point out to my daughter that SATS do not determine her worth, my words seem to fall on deaf ears.

I’ve told my daughter over and over that it doesn’t matter what her results are. Yes it is always great to pass and to do well in tests but the results of her year six exams will not ruin her future or her life.

At the end of the day, they are just a measuring tool which in the grand scheme of life are really not that important.

If I was in the position to do so, I’d pull my daughter out of school or request that she does not sit the dreaded SATS exams. However I don’t have particularly good health and don’t feel I would be able to home school to the standard she would need.

I’m peeved that my daughter has missed out on Physical Education for several months to attend extra maths classes. Yes maths is important but so is exercise and having fun!

I got a letter from the school stating my child’s BMI is above average, yet they stop her from participating in PE because they want her to focus on Maths. I really don’t think that’s fair.

Whilst all the focus and effort is placed on performance and exams, my child has been stressed, upset and this has affected her wellbeing. I guess different kids deal with pressure differently but for us, SATS have really had massive negative impact.

The best thing about SATS exams is when they are over! We will be rewarding our daughter for all her efforts. We will be reminding her that there is so much more to life than exam results and hopefully the pressure and stress of the past few months will leave, allowing my child to enjoy the final two months of Primary school. I sure hope so! 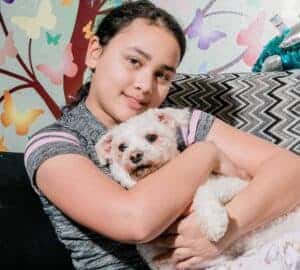