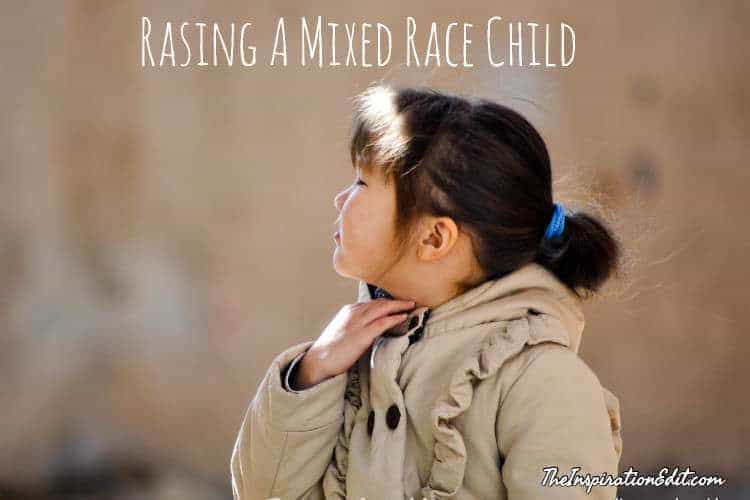 Mummy what if they laugh at me because of my skin colour?

During my teenage and early adulthood I lived in Auckland, New Zealand, which we used to call a multicultural melting pot.

There were people of all cultures and races, from British, to Caucasian, Maori, Pacific Islanders, Indian, Chinese, Somali, Indonesian and African.

I can honestly say I had friends who’s cultural identity came from places far and wide.

Growing up, I often felt the odd one out. I had many Maori, Tongan and Samoan friends and not quite as many white/caucasian friends.

In fact I ended up marrying a Tongan man and we had a beautiful child together, my daughter Sylvia.

I left my marriage (due to violence) when Sylvia was very young. Then, 5 years ago I returned to the UK.

I wanted a fresh start and I brought my half British/ half Tongan baby with me.

At the time I moved to the UK, I did not even consider the implications of bringing a half brown child to England.

However, last year at the age of six, my daughter was a victim of racism. Our adult neighbours at the time would make racist comments to my child and call her names whilst she played in the garden.

It not only shocked me but broke my heart as I saw how upset my little girl was. Luckily this did not last long as our neighbour moved away (thank goodness). However my daughter did not forget, the damage was done.

I told my daughter she is beautiful, that many girls would love to have her skin tone.

I told her that she is British just like everyone else at school, yet she still feels a little different. In fact, while playing with a group of girls on the grass at the back of our home, my daughter came back into the home with tears streaming down her eyes.

Sylvia and the girls had been role playing Disney princesses. She wanted to be cinderella but the other girls said she had to be Pocahontas.

She wasn’t allowed to be a white Disney princess because her skin tone is different. She argued and stood her ground but in the end she left the group and came back into the house very upset.

I wanted to wrap my daughter in my arms and say stay away from those children, don’t play on the grass with them.

I always wanted to help her learn to stand up for herself, but I’ve not experienced this before and I didn’t really know what to do.

My daughter played outside again on the grass when she suddenly came home in tears.

She was so upset she couldn’t breath properly and was in a state I had never seen before.

She had just been outside the gate, yet two boys had chosen to call her names- just for fun and then began to hit her.

She had only been outside the gate, yet this awful experience took place and I was heartbroken.

My baby girl was crying so badly that we had to lay her down and get her to breath.

It took about 15 minutes to get her breathing back to normal and she told us what had happened.

When I asked Sylvia why the boys had hurt her, she said because she has brown skin.

I decided not to let my daughter play out of the garden anymore. It wasn’t exactly fair, she loves to ride her bike on the path around the house as the other children do.

In Yorkshire she played with other kids and had no issues, yet on the street we live we do have problems but I need to keep my daughter safe.

I was reluctant to allow her, however I didn’t think it was fair to say- no you cant play out with other children in case they start to pick on you.

Well, no sooner had she gone, she came back home and again she was in tears.

The girls had climbed into a Tree house and when my child tried followed the other children said, “your not allowed in here”, “get down you sloppy dog”.

Now I don’t know why they did this to my child but again Sylvia believed it was because she looks different to the rest of the girls.

I decided enough was enough. my daughter won’t be playing out anymore.

I will arrange one on one playdates with good friends at school and keep her so busy that she won’t want to go and ride her bike with the other children. It’s not fair but what am I to do?

We booked my daughter into dance school. She tried out Tap dancing and Ballet over the past few weeks.

We can’t afford both classes yet so I asked her to choose which one she enjoys the most.

Sylvia loves Ballet (it’s £4 a week) so she has now joined the ballet class on Saturdays and she and I were really excited.

Then on Saturday my daughter was all ready for ballet and she said, “but mummy, what if they laugh at me because of my skin colour?“.

My heart sank again. How sad is it for my 7 year old daughter to worry about being half brown.

I did my best to reassure my child that people won’t be worrying about her colour.

I told her people don’t judge you by your skin, they judge you buy your heart and your actions.

I told Sylvia she is beautiful and that lots of girls would love to have her skin tone.

I also dyed my own hair brown a few months ago so we would at least have the same hair colour (and it did make a small difference). I’ve always been blonde previously.

So where to from here? I really do not know! We live in a society where racism is not acceptable but this does not mean it does not exist.

I’ll teach my daughter to love herself. I’ll teach her that it is okay to be different.

I’ll teach her that we are all the same on the inside. I will try to help her embrace who she is.

She is British but she is also part Tongan and we cannot ignore this. It is her cultural heritage and something to be proud of.

It’s not something to hide your head about in shame. 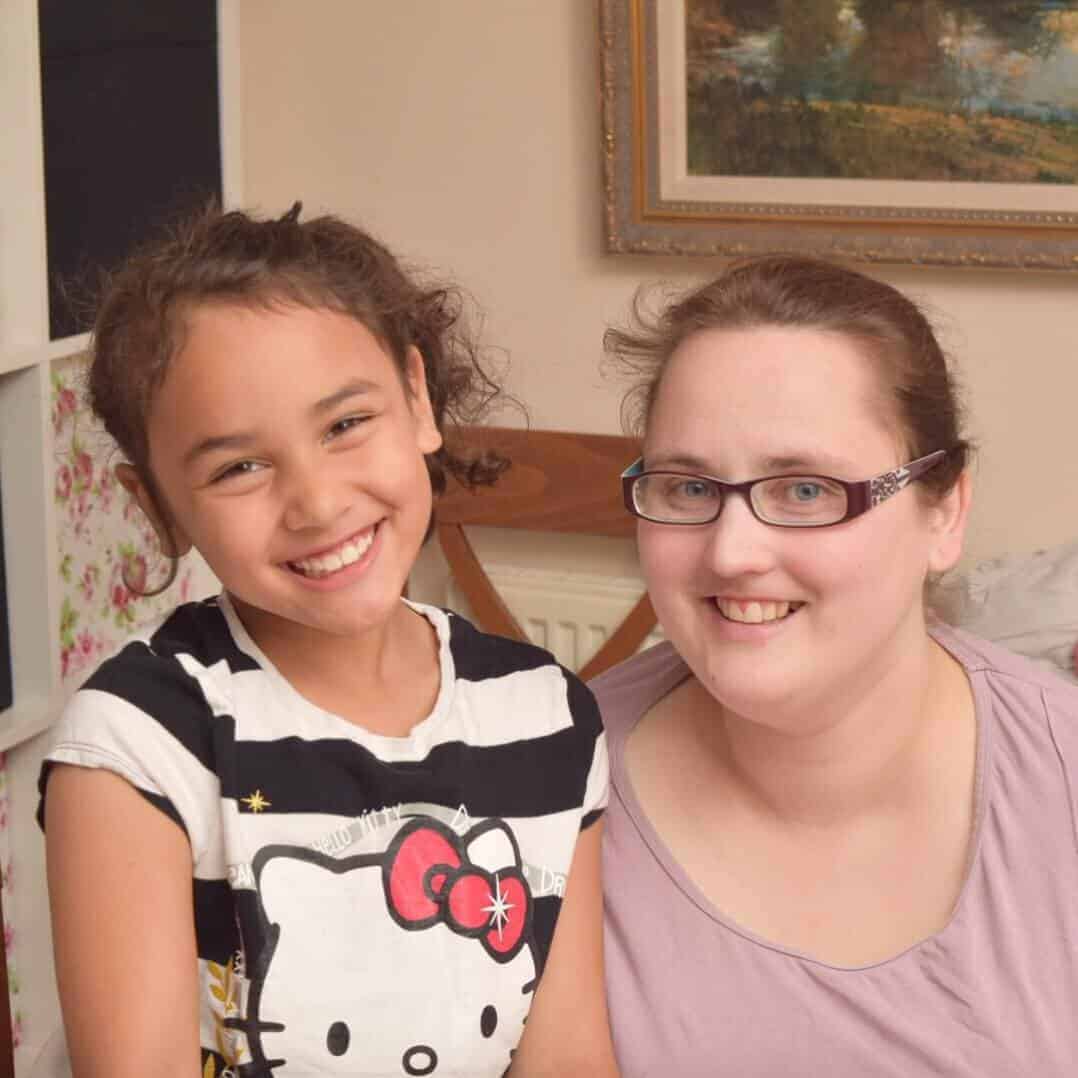 This week in New Zealand it is Tongan Language week and many of our friends sent their children to school in traditional Tongan clothing.

I’ve been advised by some “here in the uk” not to bother teaching my child anything about the Tongan culture. “She lives in the uk- she doesn’t need to know about Tonga” they say. I don’t agree.

My child is half Tongan and I’ll tell her what I know, teach her little words and help her to grow up knowing she is British but that she also has a beautiful heritage. A heritage to be proud of.

I think my child is gorgeous and so do many other people, I simply have to teach her this and help her to grow in confidence about who she is. She is my daughter, my precious child and she is much loved.

I want her to learn this and I will do my best to teach her.

Luckily Sylvia attends a wonderful school and has not had any difficulties there in regards to race. She fits in really well.

As Sylvia takes part in both school and extra curricular activities I hope her confidence will grow and that she will grow in self-worth knowing that she is who she is, my daughter and no matter what anyone says or does, she is always loved because she is my child!