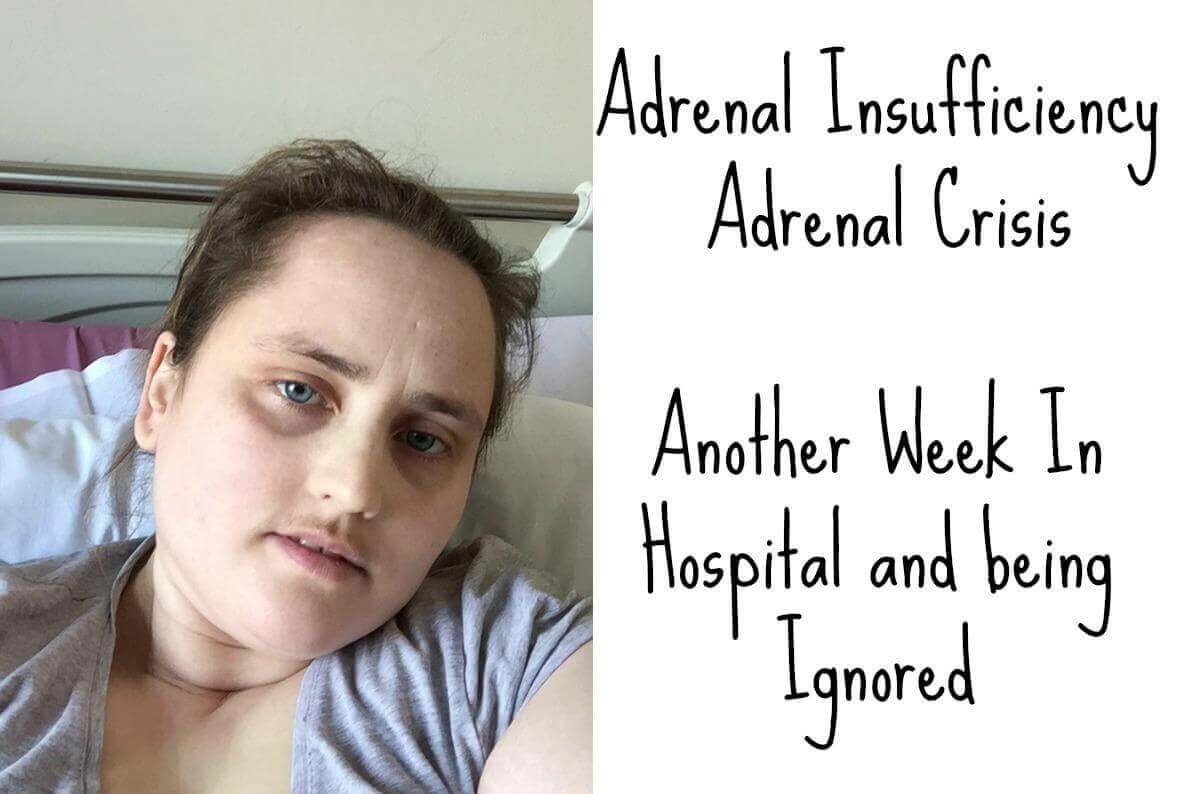 Adrenal Insufficiency Another Week in Hospital

Well, It’s been a quiet week on the blog front sadly due to having an Adrenal Crisis and being admitted into hospital yet again. I’ve been unable to do the things I would have liked to do from the bed at home.

Well I have been feeling quite sick for sometime as per usual and suffering from low adrenal symptoms like headaches, dizziness, weakness and an inability to concentrate. On Wednesday morning I woke up heading into an adrenal crisis.

I went to the bathroom and had stabbing pains, D and Vomiting and my husband rushed me up to the hospital. I was admitted onto the MAU Medical assessment Unit and had to wait over 2 days to see an Endocrinologist.

The nurses were either too busy (which is often the case) or they stuffed up as the Doctor requested I have a drip of Fluids but this was not given to me for eight hours and so I suffered the consequences.

Once the drip was done the nurses again were too busy or did not bother turning it off and so my blood began to fill up the tubing. I asked three times for it to be sorted but the nurses were again too busy. 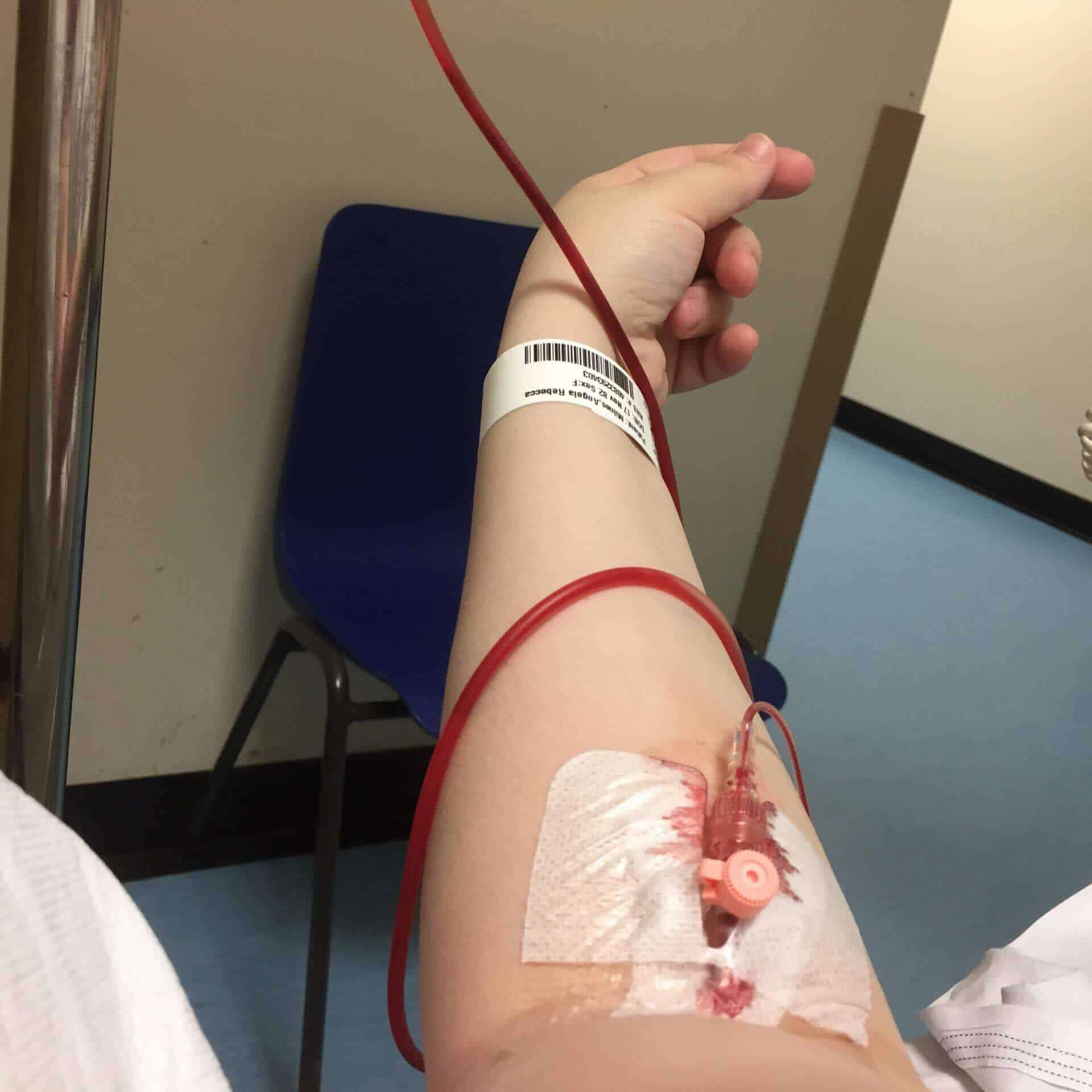 I am grateful for treatment in the hospital but the staff are always too busy and this often results in me suffering when I don’t need to and it delays me getting well so I feel frustrated by it. I was told I would see a an endocrinologist on Wednesday but no one came.

I finally saw an Endocrinologist on day three in hospital, Friday. The Endocrinologist acknowledged my BP is dangerously low and so I had to stay in hospital, however she took me off the IV Steroids “which work really well” and put me back on Hydrocortisone tablets- which are not absorbing very well at all.

For months I’ve been saying my hydrocortisone “life saving steroids” are not absorbing and I am told, yes we will do a day curve, but none has been booked. I’ve been told, if it continues we will consider changing your medication but that has not been done and yesterday when I asked the Endocrinologist once again for regular injections and the Adrenal Pump I was told flat out “No” that is not an option. You must take tablets.

I don’t see why the Endocrinologist refuses to accept the evidence before her eyes but this Doctor having seen me for one minute decided to ignore my concerns. She changed my IV dose back to steroids tablets and walked away telling me my BP would have to be checked regular as it’s too low. It was about 85/40.

The nurses were instructed to monitor my BP regular but the nurses were too been again and no one bothered to check my BP for over 12 hours.

I complained to a Junior Doctor that I was not being taken serious about my medications not working and that my bP is not being checked. I asked to leave the hospital in my desperation. What was the point being in hospital if they are not treating me correctly.

The Junior Doctor convinced me to stay and said my BP  was too low and needed to be checked. However it was not!

When I was shifted to another ward last night, I requested my BP be checked and of course it was dangerously low again and as it had been twice in the morning before seeing the Endocrinologist

My new Nurse said he was shocked that the staff downstairs had not bothered monitoring me for the whole day when I was graded as needing observations regular. I told him, they had been too busy and ignored my buzzes and calls.

Since I have been regularly monitored since last night my blood pressure has not gone over 90/45 yet. This is clear evidence that something is not right as my feeling good/well BP is 130/90.

I am quite upset as there have been a lot of things go wrong. I’ve been ignored a lot and busy staff have made mistakes and not been abel to cope with the work load and so I’ve suffered.

Had I been treated better, I may be home with my family by now but no, I have to stay here another two days as there is no Endo coming back to hospital until Monday. They don’t work weekends. Had the Endo given me the medication I truly feel I need, I may be much better but poor judgement makes me sick when I don’t need to be and that is frustrating. It affects me and also a little girl at home and my husband. 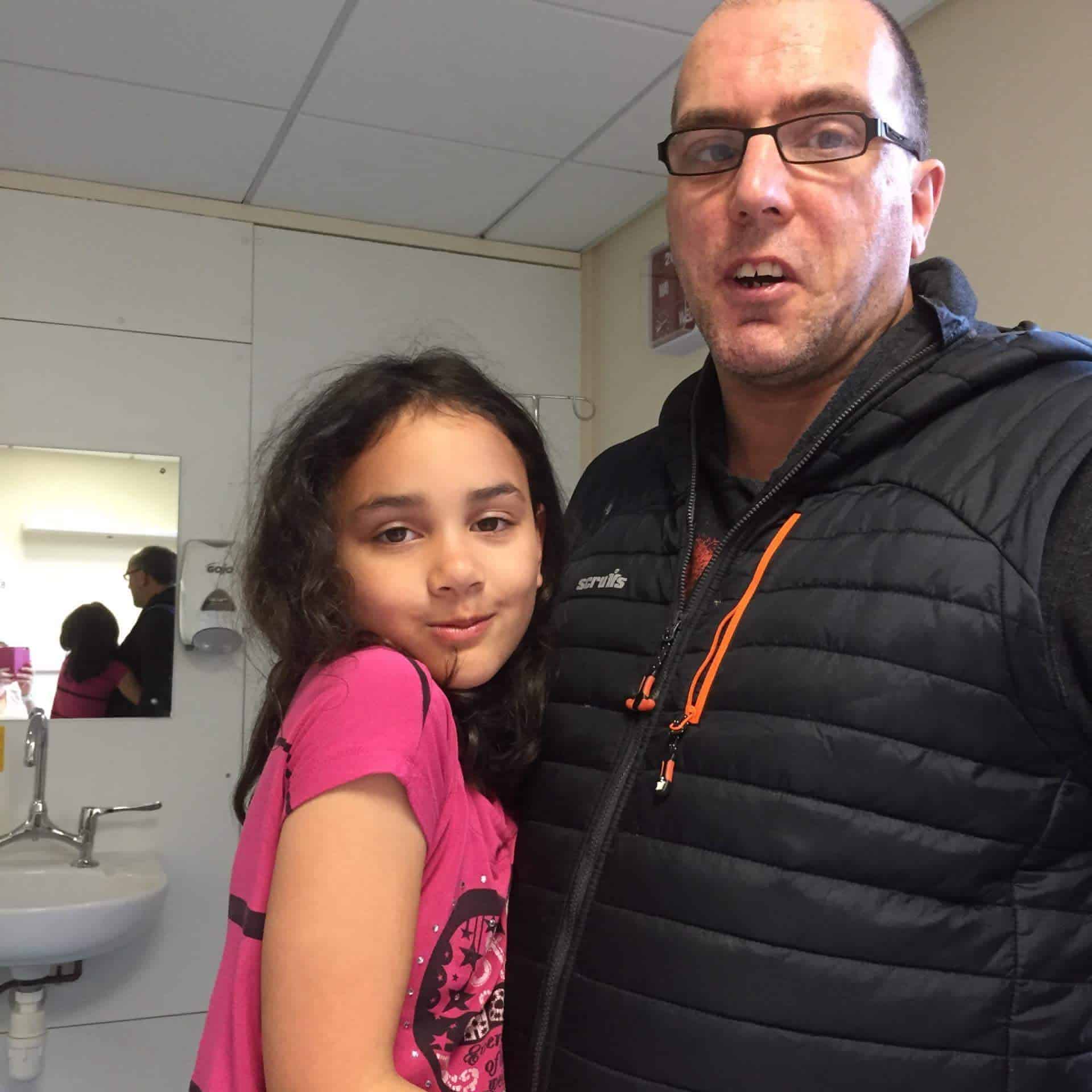 It is now Saturday evening and I am yet again not being listened to. I emailed and called PALS, the patient liasion services and they are going to try and request a transfer to Professor Raj a Endocrinologist I wish to see at my local hospital but they cant guarantee anything. They also said while in hospital, they cannot interfere with a Doctors decision.

However I looked up the patients rights and if your not happy you have a right to request a review so I have written a small complaint and will ask them to review me properly on Monday.

There are no doctors available until Monday so I have to remain unwell until then. I appreciate being in hospital but the staff pressure is too much and it has a huge knock on effect on treatment and care and is wrong.

I wish I had the money to pay for private treatment.

I know of a Endocrinologist in Yorkshire who does work with patients that struggle to absorb life saving hydrocortisone and has worked with the Adrenal pump and maybe just maybe if I could pay for an appointment he might be able to help but it would cost and money is something we don’t have.

One appointment is about £250 but I’d need a lot of tests and things which I should be getting on the NHS and am being fobbed off. This as been going on for 3 years and I’ll never give up trying to get my health managed but the strains on the NHS have a direct affect on my family and the refusal of the Endocrinologist to consider medication options which would save the NHS thousands in hospital bills to me does not make sense.

When I have been in hospital so much and so many times, it would make much more sense to set up an adrenal pump and cover the cost of this treatment rather than me keep coming into hospital and wasting tax payers money.

The reality is staff are short and over busy, the Endocrine team just want me out of hospital and to add me to a waiting list – which has been ongoing for three years and they don’t want to consider the adrenal pump or any other option as they have no experience with this and in my opinion cant be bothered with the paper work.

I am left unheard and disappointed once again and ignored and this time I will request a review before I’m discharged as I am not happy with the treatment here, the neglect and lack of care, however each time I come it’s the same story, they patch me up and send me home and don’t bother fixing the underlying issue.

I’ll keep fighting and trying to raise money for private, it’s the only option to improve our lives.

Waiting to see the Endocrinologist